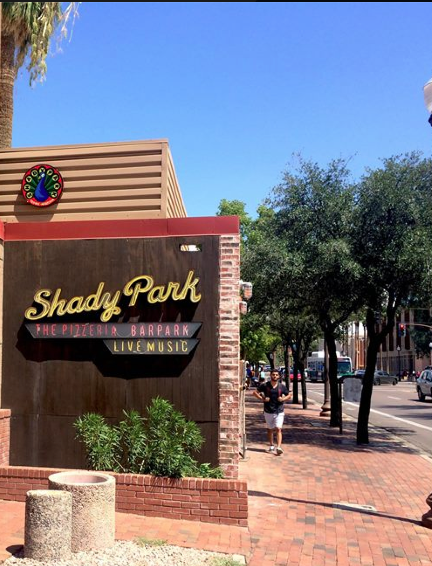 TEMPE, Ariz. – At first glance, Shady Park’s storefront may evoke the impression that a quaint and modest pizzeria lies just behind the facade. To an extent, that is exactly the case. Upon entering the dining area, visitors are transported into an atmosphere that would be just as at home in an early ’60s eatery as it is in a little hideaway off the beaten path of Mill Avenue. The aesthetic exudes a vintage quality, complete with mid-century screen block walls and vertical wooden vents adorning the windows above the booths.

However, to presume that the novelty ends here would be short-sighted. Beyond the main room is a terrace, decorated with stringed lights and blanketed by trees, including 20-year-old palms transplanted from Casa Grande. Affectionately referred to as the “bar park,” this exterior veranda, with its patio bar and ample seating, aptly personifies the sentiment behind the restaurant’s name— especially on a particularly lazy Sunday afternoon. 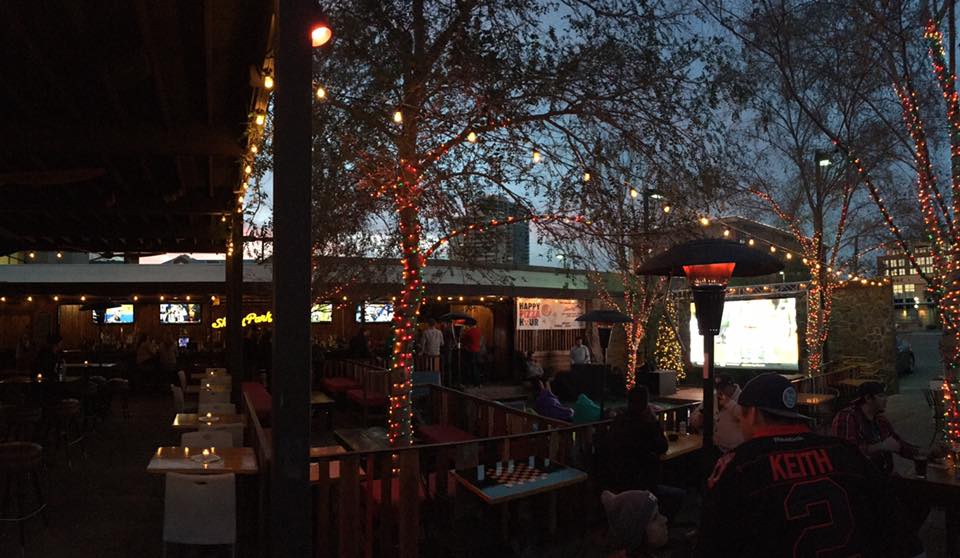 Only in its third month of operation, Shady Park seems to have had no problem finding its niche in the busy downtown area. On any given day, the restaurant serves a large variety of customers, and, during the Cardinal’s valiant regular season and playoff campaigns, the bar park was especially packed. 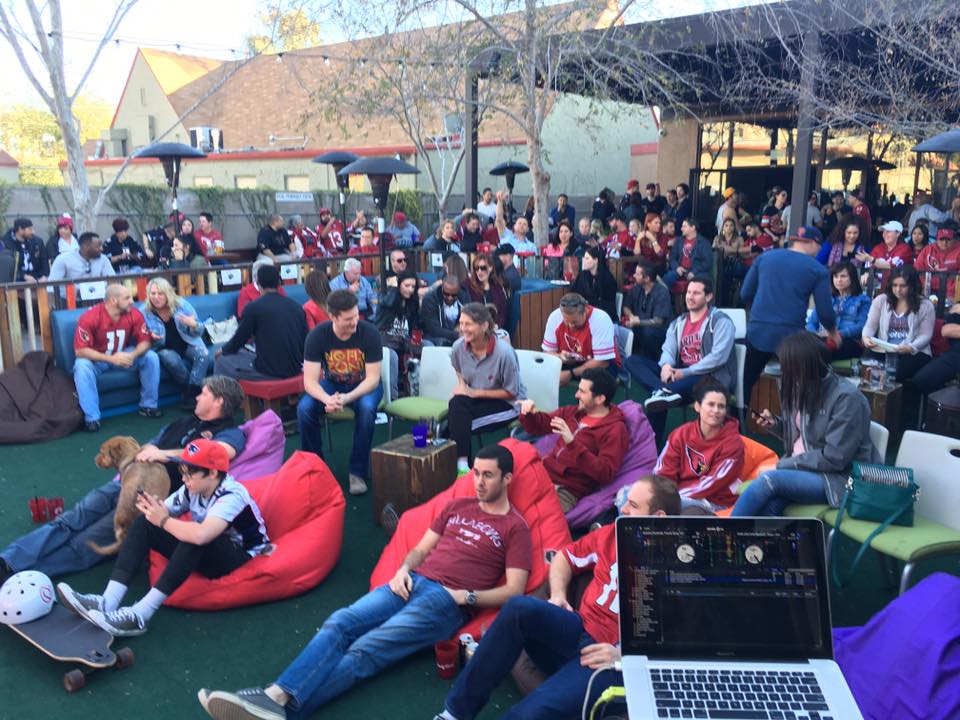 Of course, the masterminds behind Shady Park may know something about how to successfully build and maintain a customer base. Owner Scott Price, Chef Joey Damato, and General Manager Kirk Hopkins are also the team that conceptualized C.A.S.A. Sunbá, a thriving bar and live music venue located just north of Shady Park at Sixth Street and Mill Avenue.

Yet, while the two establishments are both operated by some of the same people, there are distinct differences between the two. Asked what those differences entail, Scott Price remarks “The main difference is [Shady Park] is restaurant-centric. Whereas C.A.S.A is a bar with food, this is a restaurant— a pizza and Italian restaurant— with a bar park in the back.”

Incidentally, there is a plan to bring music to Shady Park in the near future. “When the weather gets a little bit nicer; it’s been so cold in December and January” says Price, noting that February and March will signal the beginning of a live music series. However, he insists that the restaurant is the primary focal point of Shady Park. “We’ve really just been focusing on getting our food right, getting our kitchen right, before we start doing any big events here.”

With regard to that food, it has seemingly been well received, according to Hopkins. “People enjoy the food, they enjoy the atmosphere, and they keep on coming back,” he says. Asked what the main core of the menu is, Chef Damato replies “I think it’s definitely focused on the pizza, but we do handmade pastas too.” Notably, the items comprising the menu at Shady Park are derived from Joey’s own family recipes, including the house specialty pizza, the Shady Chicago. The restaurant even uses his grandmother’s old wooden cavatelli to prepare the pasta.

Behind the bar, Shady Park is stocked with a selection of craft and domestic beers, as well as a diverse mixed drink list. “We have a specialty drink menu … there’s a lot of classic and modern cocktails [available] at the front bar,” says Hopkins. “We have some signature cocktails we’ve come up with as well,” adds Price. 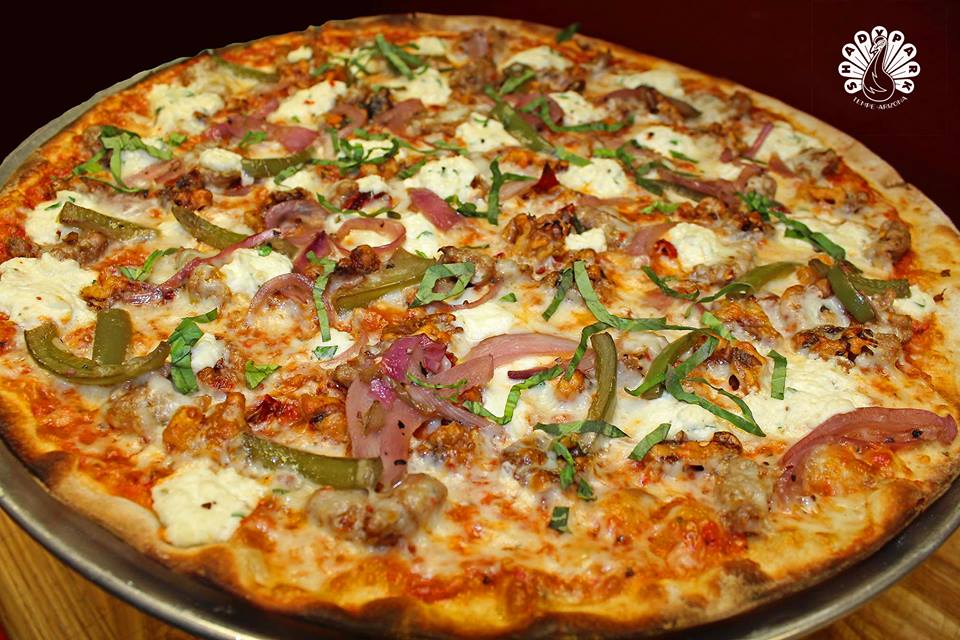 With a cozy and nostalgic feel inside, and a laissez faire environment outside, Shady Park is not a bad place to while away a leisurely afternoon. With the forthcoming live music series, the restaurant and bar is a great setting for good times.

Stay updated on the goings on of Shady Park by visiting their Facebook page.