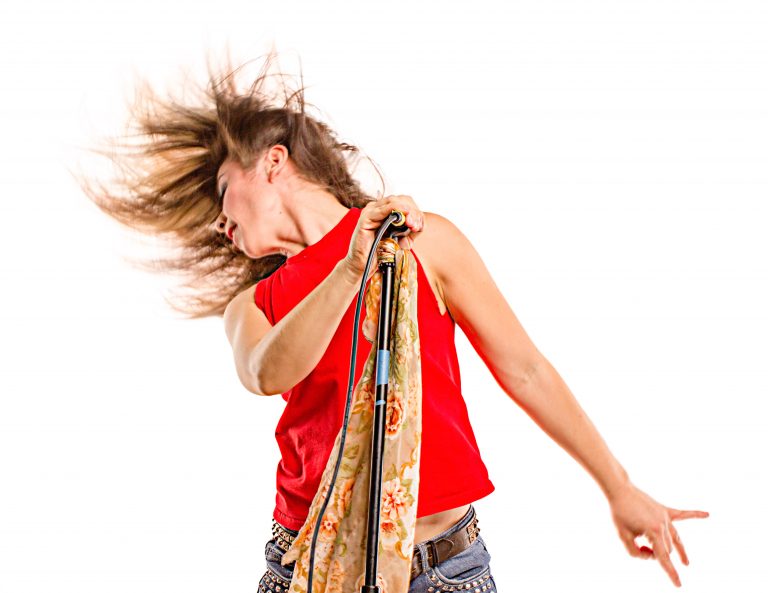 Since its last staging in 2015, this year’s updated version of ROCK will showcase nearly all-new works, with an emphasis on more recent music from the 90s and 2000s, including Nirvana, Green Day and The Cranberries. Created by Scorpius’ Artistic Director, Lisa Starry, various dance numbers featured in ROCK are inspired by the powerful and important messages found within the music. According to Starry, “I wanted to visually convey what the artist was singing about and how the songs made me feel when I first listened to them.”

In addition to the new choreography, longtime fans of Scorpius will recognize several returning pieces, including two aerial numbers. Love Hurts, set to music by Nazareth is a highly dynamic, very technical silks number, and Cherry Bomb, set to music by the Runaways is a sexy lyra duet.

Adding some comedic relief to the show, two additional works, choreographed by Scorpius’ Assistant Director, Nicole Olson will also make a comeback. Pretty Woman set to music by Van Halen and Lovin’, Touchin’, Squeezin’, set to a song by Journey are both fun, lighthearted theatrical dance pieces that are sure to get the audience laughing. An additional brand new hammock silks piece choreographed by and featuring all of the aerial performers will also bring some literal and figurative levity to ROCK.

Other notable highlights from the show include a section devoted to Green Day, which was inspired by Starry’s work on Stray Cat Theatre’s version of the musical, American Idiot. Additionally, ROCK will close with a tribute to Dolores O’Riordan, The Cranberries late lead singer. In total, ROCK will showcase more than a dozen dance and aerial works and Scorpius’ entire troupe of 17 dancers.