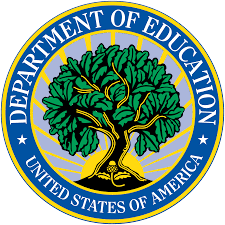 The Arizona Board of Education debated on June 25 whether schools, old and new, should still be graded on an A-F rating during their June Regular Meeting. The motion was passed to give new schools a year before grading but two of the members voted “nay”.

“I would suggest that today at the very least, we affirm to give grades,” said High School District Superintendent Calvin Baker.

Charter School Administrator Michele Kaye said new schools needed a year in order to get organized before they were given a ranking A-F.

The Arizona Charter Schools Association asked the board to consider giving them accountability and a grade at an early stage, so they can fix the gap between themselves and the community.

“If schools want to be accountable, we do want them (charter schools) to be part of the discussion,” Public Member of the Board Jared Taylor said, adding that the whole point of the grade was to allow families to see what schools best fit their needs.

Since this policy is in place, the subject of the discussion leaned more towards new charter school rather than the established.

“In essence, it’s a recommitment to giving a grade,” Baker said.

County School Superintendent Jill Broussard said she did not feel that it was fair to give new schools a grade since they may not have all of the other items needed for an accurate ranking, such as school year comparisons.

Superintendent Diane Douglas said she agreed that an immediate grade might do more harm than good.

“You don’t want to hinder a charter school from opening because they might not have all their data together,”

Majority of the Board came to the conclusion that a one-year gap was enough for charter schools to establish themselves before getting a A-F grade, except Baker and Taylor who were for immediate grading.

Douglas also spoke on behalf of Literacy Grants for schools, and whether or not they should be revised.

Douglas said AZ Merit scores were going up in all areas except reading, which she called “abysmal.”

Board President Lucas Narducci said he did not know what to do with the issue since it was not up for a vote today and was unsure how much good the discussion would do today.

Executive Director Alicia Williams suggested that the Board hold the discussion for their employee retreat.

The retreat will have a special meeting and will be open to the public and will be located at the Hassayampa Inn in Prescott on Aug. 6th through the 7th.