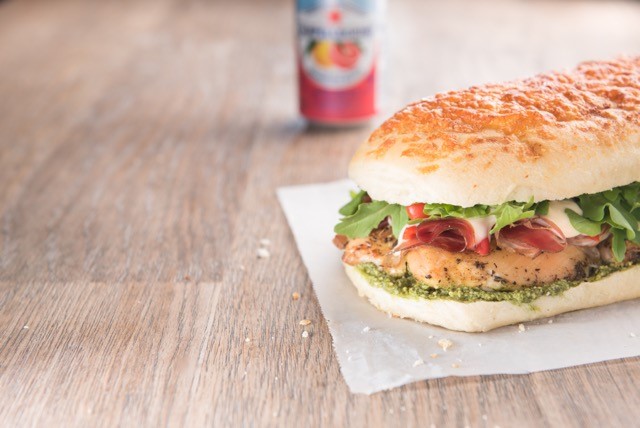 Award-winning deli to open locations in Phoenix and Scottsdale

Rubicon Deli, an award-winning San Diego-based fast-casual sandwich restaurant, is set to open two locations in Arizona – one on Scottsdale Road and Acoma Drive in Scottsdale, and the other on Central and Virginia avenues in Phoenix.

Currently, Rubicon has four locations in San Diego and Reno, Nev. Soon, they will have two locations in the Valley of the Sun. The Scottsdale location is scheduled to open towards the end of this year, and the Phoenix location will come next, scheduled to open in spring of 2018. Both leases are 10-year deals, with options to extend another 10 years.Both stores will boast approximately 2,000 square feet of space. While the Scottsdale location will be in a previously-occupied space, the Phoenix location will be a new build. The general contractor is Tempe-based PRH Construction. Both locations will use Phoenix-based Archicon Architecture & Interiors for interior design.

Both stores will boast approximately 2,000 square feet of space. While the Scottsdale location will be in a previously-occupied space, the Phoenix location will be a new build. The general contractor is Tempe-based PRH Construction. Both locations will use Phoenix-based Archicon Architecture & Interiors for interior design.

“We’re thrilled to bring our premium, high-quality sandwiches and salads to Arizona, and we look forward to serving Valley citizens as their neighborhood deli,” said Marc Golan, chief financial officer for Rubicon Deli. “With an initial investment of more than $2 million in Arizona with our first two stores, we’re serious and excited about serving this market. We aim to open a total of 15 stores in Phoenix in the future.”

Since opening in 1994, Rubicon Deli has been known for its flavorful bread baked in-house, its use of fresh ingredients, and positive environmental practices. The restaurant offers sandwiches, salads, sides, scratch soups, acai bowls, and more. Catering is also available. Rubicon plans to use local vendor Greco and Sons for food products in their Arizona stores.

Rubicon will be holding hiring fairs at both locations six weeks prior to opening.

For more information and to view the mouth-watering menu, visit www.rubicondeli.com.