Home Community Recognizing The Value of the Latino Vote in Arizona 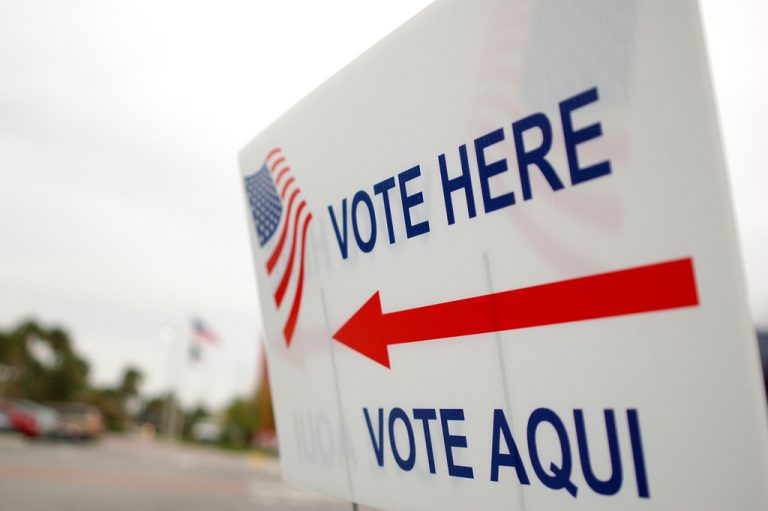 Voting is a right for American citizens, but not all registered voters actually vote. For many years, the Latino vote has increased. Hispanics know how what a difference voting can make. Whether a person receives their ballot in the mail or goes to the voting polls on Election Day, if you want to make a difference, voting can do that.

Data shows that the early Latino vote in Arizona, from 2012 to 2016, has resulted in the largest early voting increase by Hispanics, compared to the other states. People believed that with a large increase in Latino voting, it would turn the state Democratic.

Compared to the election in 2012, the number of Hispanic early voters doubled. Brando Ponce, a Latino student, believes these increased numbers will be good for Arizona. “It will increase the influence we have as Latinos on the state,” Ponce said.

Voto Latino, an organization that engages Latinos and recognizes their importance in the U.S., started as a project in 2004. In their studies, they noted that 803,000 Latinos turn 18 each year. In 2016, 27.3 million or 11.9 percent of Latinos were eligible to vote.

Millennials also play a big part in the Latino vote. For every five Millennials, one Millennial is Latino. About 33.2 million Latinos speak English in the U.S., and they can make their voice heard with voting.

“Considering how much money all the Arizona campaigns were pouring into various Latino outreach efforts, I would say that the Latino vote was very important for this and further elections in the state,” Hernandez said. “If we can get more Latinos registered and have them more involved in politics, even through a simple discussion, that they would turn out to vote and therefore make a greater difference in the state.”

Prince L. Murray, who has volunteered in various political organizations conducting voter registration for six years, became a part of CHISPA in collaboration with One Arizona this year. CHISPA, means “spark” in Spanish, raises the Latino voice and helps inform families.

Murray remembers that back in 2012, many Latinos had the eligibility to vote, but had trouble understanding the political process. Now that many continue to take a part in providing those people with information, they can also be a part in ways to improve Arizona.

Murray believes that informing and engaging others has “influenced our state and national politics to ensure it reflects the views of our political system.”

“As a former intern in the United States House of Representatives in Washington D.C, I understand voting does play a huge role in policies,” he said.