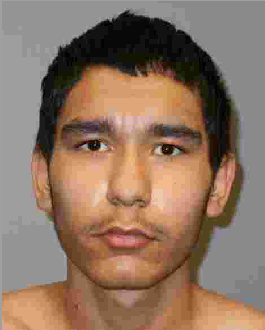 A teenager who shot and killed a man earlier this year at the Hal Jensen Recreation Center in Flagstaff was sentenced last week.

15-year-old Fernando Enriquez was sentenced to 17 years in prison on November 21 for the March murder of Jacob M. Allen. The 20-year-old victim was fatally shot in the chest during a drug deal in the rec center’s bathroom.

In August, Enriquez pleaded guilty to second-degree murder and one count of armed robbery. The robbery occurred one day before the murder and involved an unnamed juvenile.

According to signed court documents, Coconino County Attorney William Ring recommended that Enriquez serve 18 years for murder and 10.5 years for the armed robbery, with both sentences being served concurrently. “Even with that sentence, the defendant will still get out as a young man with a long life ahead of him,” Ring wrote in his recommendation. “Jacob, on the other hand, is never coming back and his family and friends must endure that tremendous loss for the rest of their lives.”

Enriquez’s attorney, Albert G. Freeman, tried to lower his client’s sentence by citing his young age, lack of previous criminal record and psychological evaluations as evidence he was not a danger to society.

Enriquez was given credit for time served for the eight months he has remained in police custody.