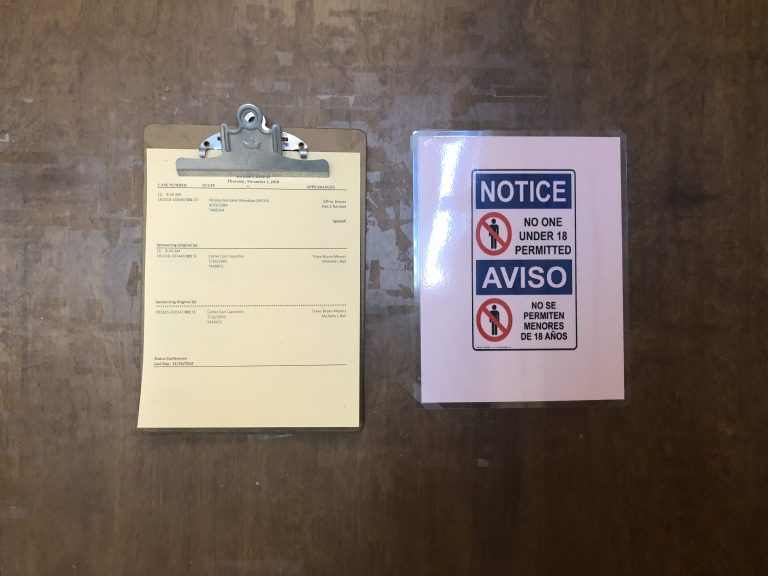 Randy Steven Zuleger, 49, was convicted to a natural life sentence, Thursday at the Superior Court of Arizona.

Zuleger was charged with first-degree murder, aggravated assault, and dangerous offense for the murder of his father Eddie Zuleger, 69, on Dec. 4, 2016.

911 was called by Zuleger’s mother, Cindy Zuleger, who was cut on her hand trying to intervene. Zuleger attacked then stabbed his father multiple times, leading to his death at the scene in Litchfield Park, AZ.

The defendant had no previous criminal record but had a long history with drugs. Eddie Zuleger, a decorated Vietnam War hero, and sheriff’s deputy, often butted heads with his son due to his frequent drug use.

“I’m not on drugs anymore. I stopped smoking weed at 38. I was clean for four years. Then I started with meth for five years around 41 or 42. That I regret. It pushed me into what my parents perceived as psychotic,” Zuleger said.

Zuleger claims he was on the drug PCP during the attack and authorities said he behaved like he was under the influence. Zuleger said he believes the rage he had for his father stemmed from the mental abuse he received.

“I loved Eddie, he was a good man. It was a fight. We had a long history of fighting and it was over drugs. He treated me and Tommy different. If you want proof of the abuse, you can ask my daughter,” Zuleger said.

Joshua Clark, the prosecutor, shut down the idea that Eddie Zuleger was an abusive father.

“Eddie was not an abusive father. He was a good man and a good father. It’s not like Randy was a chorus boy before the death of Eddie Zuleger,” Clark said.

Clark continued to speak on the good nature of Eddie Zuleger.

“Eddie was a decorated veteran and a sheriff’s deputy. He affected so many people in his life. And for that, Randy deserves to spend the rest of his life in a cage.”

Clark spoke on the defendant’s past mental health.

“The defendant’s mental health has been discussed throughout this case. He was evaluated by a psychologist. He has a drug problem and this is what led him to lead a terrible life,” Clark said.

Once Clark finished speaking about the mental and drug history of Randy Zuleger, the defendant was given time to speak on his side of the story.

When talking about his father, Zuleger showed little remorse. However, he made sure to apologize for hurting his mother and brother, who were sitting in the audience.

Zuleger finished his speech by addressing his father and all the good things that have come out of this case.

Once both sides spoke, the court gave an opportunity for Tommy Zuleger to speak. Tommy Zuleger politely declined, but he and his mother stayed for the final sentencing.

Commissioner Erin O’Brien Otis addressed the courtroom with her final statement before sentencing Randy Zuleger to a term of natural life in prison.

“Both sides were very well prepared. This is a case that stuck out to me for being so tragic. I cannot imagine a more tough decision than what Cindy Zuleger is facing. A case between her son and her husband,” said O’Brien Otis.