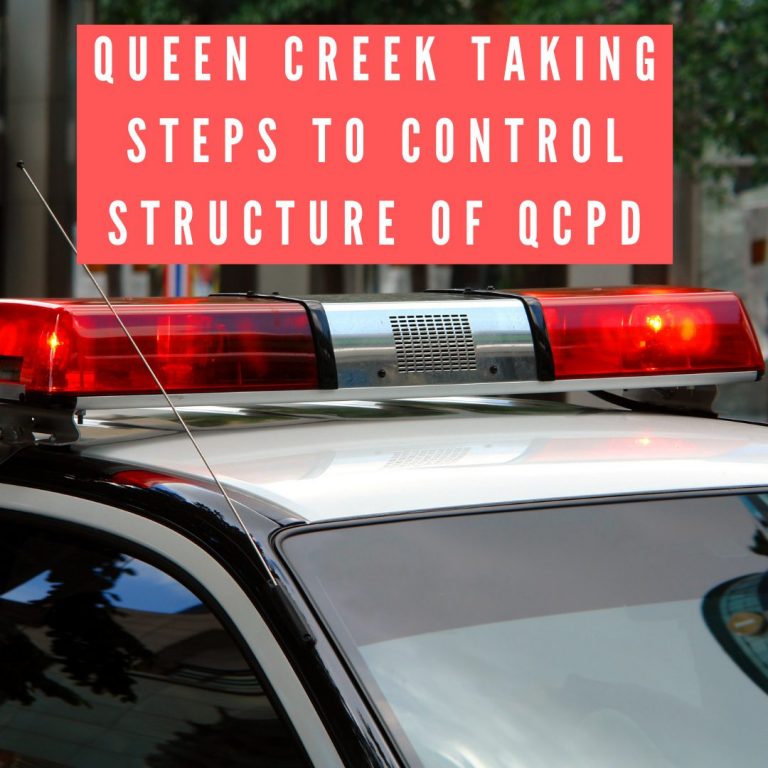 The 39 vehicles, contracted through Courtesy Chevrolet, is one of many steps needed to officially establish the new Queen Creek Police Department (QCPD). The Town Council agreed to create a police department in March, explaining that the department is a priority to ensure public safety and offers several advantages.

Currently the town is contracted with Maricopa County Sheriff’s Office (MCSO) for $8 million according to the 2019 Police Service Study.

Queen Creek is the largest of eight contracted policing cities, almost doubling the next largest contract with Fountain Hills.

Although the contract with MCSO will increase each year, the budget for the new department will be about $1 million more starting in 2022.

The budget was only one of many considerations for the creation of a new police department.

The 2019 police study found that the MCSO is becoming less capable of handling the growing town of Queen Creek.

As more residents move to the area, more officers are hired by the town, but throughout the last two years the town reported staffing issues as becoming increasingly serious.

“Vacancies within the Sheriff’s Office generated by retirement or attrition have left District 6 with up to 11 vacancies at one time,” the police study said.

The town acknowledged that the MCSO did their best to find a creative scheduling solution, but it ultimately wasn’t sufficient.

“Unfortunately, the gaps were filled with deputies who had other assignments in the District; as a result, community services, traffic and other requested duties were not able to be completed,” the 2019 police study said.

The study also revealed the loss of 1,500 records that were later found, a lack of communication with the department and meeting participation by the MCSO Captain, and documented several other concerns over the control of the department.

With the creation of QCPD the “town would control all efforts and outcomes related to [directed protocol and enforcement efforts].”

These efforts include Community Oriented Policing (COP). A philosophy that focuses on engaging and partnering with the community to prevent crime rather than responding to crime after it happens.

It is not just the town council that supports the establishment of QCPD. After the outreach portion of the study, the results showed that 87.3% of residents surveyed favored creating a police department.

At the council meeting, Councilman Jake Hoffman said, “In the current environment that we are seeing in regards to law enforcement across the country, Queen Creek is uniquely different than many of the places that are making the news in that we reject that ideology completely.”

That ideology being the controversial stance on police procedures and behavior.

In addition, the first Police Chief of Queen Creek, Randy Brice proposed logos, and vehicle designs to the council at the meeting.

Hoffman saw this as an opportunity to get the community involved saying “this needs to be a unifying opportunity and a unifying moment for the entire town.”

The new police vehicles should arrive in February, Brice said.