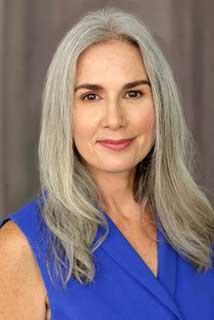 One of Prescott Valley’s councilmembers has announced her candidacy for state legislature.

Councilwoman Jodi Rooney, a Republican, will seek the Legislative District 1 seat in the Arizona House of Representatives. The two seats for District 1 are currently held by Republicans Noel Campbell and David Stringer, who have both announced their intentions to seek reelection.

To concentrate on her campaign, Rooney recently resigned from her position as the local Public Agency Section manager at the Arizona Department of Transportation. Current statutes require any state employee who seeks state office to resign when they submit their nomination papers.

In January, Rooney was appointed by the Prescott Valley Town Council to fill the vacancy left by Stephen Marshall’s resignation. She will not seek another term when hers ends next December.

Campbell is in his second term in the state house while Stringer is in his first. With Arizona’s term limits, both could serve a maximum of four terms (eight years).

Rooney’s platform includes regional economic development, education, and the Interstate 17 corridor.  She has served in a variety of capacities at the municipal, regional and state levels of transportation, including seven years of leadership positions with ADOT.

Rooney was also a former administrator for the Central Yavapai Metropolitan Planning Organization (CYMPO), the transportation planning organization for Prescott and surrounding urban areas. Before moving to Arizona, she worked for the Illinois Department of Transportation.

She and her husband, City of Cottonwood economic director Casey Rooney, have been married 15 years and are active volunteers in the Prescott community. She is a first-generation college graduate, and she earned a bachelor’s degree in biology from   Augustana College in Illinois.

Rooney is a member of Emmanuel Lutheran Church, National Society Daughters of the American Revolution, and Women’s Transportation Seminar.