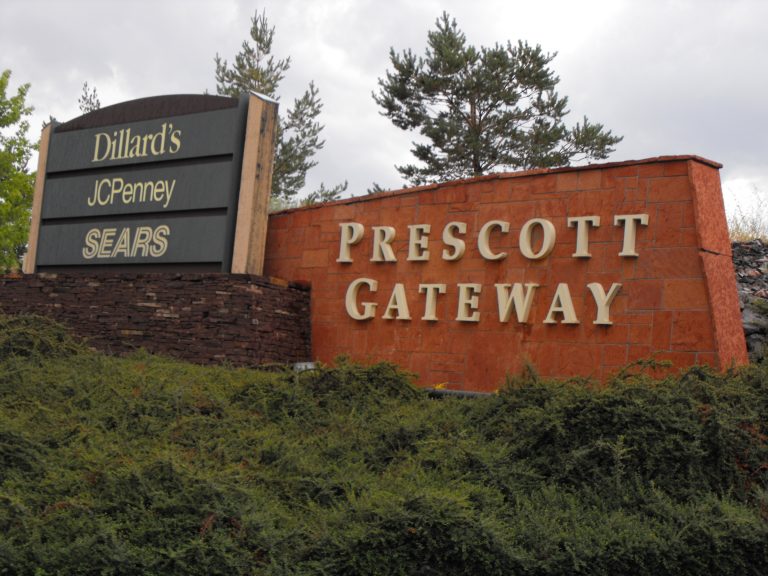 After a long search, Prescott Gateway Mall finally has new owners.
On Friday, Feburary 9th, Gateway officially became the latest property of the Kohan Retail Investment Group. Based in Great Neck, New York, Kohan lists 23 other malls on their website, with locations in Indiana, Iowa, Michigan, Oklahoma, Pennsylvania, Washington and more.
Owner Mike Kohan and his team transform older malls into revitalized, modern shipping centers. According to their website, they view the future of aging malls,  “…as a place of mixed use that is more than just for shopping. They are social settings where people interact with one another and small businesses can get a boost in a public and well-trafficked platform. Everyone has a need to build friendships and seek a community setting where entertainment, shopping, and food come together… we are exploring new ways to bring the simple pleasures back to everyday life.”

Kohan typically purchases underperforming malls and works to make them profitable and successful once more. Prescott Mayor Greg Mengarelli has been in touch with Kohan, according to a press release from the city. Mengarelli says Kohan is satisfied with the good condition of the mall, which was built 15 years ago, and he is open to both retail and non-retail uses to encourage foot traffic. This may include special event venues, offices and more.

“I am excited about this new chapter for the Gateway Mall,” said Mengarelli. “We look forward to working with Mr. Kohan and his company to revitalize this important property.”

The plans or a Hotshot “education center” remain unchanged, with Kohan agreeing to a provision for the museum, which will display memorabilia honoring the 19 Granite Mountain Hotshots who perished in the Yarnell Hill Fire on June 30, 2013.