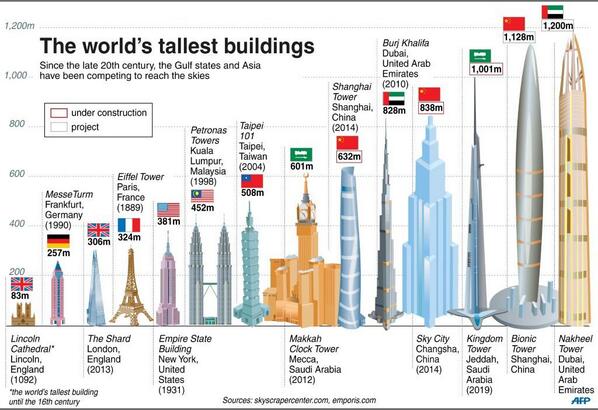 Skyscrapers could soon generate their own power and go “Green” thanks to a new see-through solar window kit designed as a building-integrated photovoltaics (BIPV) system. In the construction industry, a skyscraper is “a multi-story” building whose architectural height is at least 100 m or 330 ft., those beautiful superstructures that dominate most city skylines. Well now, a new company may have other ideas for those tall glass towers.

A company called Solar Window Technologies, Inc., has developed a transparent electricity-generating liquid coating for glass and flexible plastics to create solar power. This new exciting technology can be used on existing windows, by applying a transparent electricity-generating veneer on top of the exterior window pane. No need to change out windows!

Houses and office buildings, account for 75% of electricity use in the United States, and 40% of its energy use overall.

Can you just imagine the thousands of glassy skyscrapers as potential power plants – and the untapped potential? 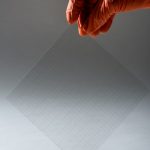 In the past, scientists have embedded light-absorbing films inside the window glass. But those solar windows tend to have a reddish or brown tint that architects find unappealing. The new solar window technologies, however, absorb almost exclusively invisible ultraviolet (UV) or infrared light. That leaves the glass clear while blocking the UV and infrared radiation that normally leak through it, sometimes delivering unwanted heat. But by cutting heat-gain while generating power, the windows “have huge prospects,” Wheeler says, “For example, a large office buildings could powering itself”.  But he says it’s a safe bet to expect that future buildings won’t draw all their power from the grid. They will generate it, too. “Builders have to put in windows anyway,” Wheeler says. “Why not piggyback on those windows? Or let’s start retrofitting existing buildings and let them start generating their own electricity and go total net-zero energy.” 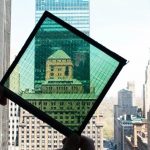 There is a huge beneficial impact of this new technology. For instance, if installed on four sides of a 50-story building, the windows could cover about six acres of glass and generate 1.3 gigawatt-hours of energy (a gigawatt is a billion watts). To put that in perspective, 1 gigawatt of power will provide enough energy for about 700,000 homes. The population of Seattle is estimated at 659,000. One building could power an entire city. The company calculates that the system could fully pay for itself in a year, far faster than rooftop solar.

Existing properties, especially the five million tall towers that consume almost 40% of the electricity generated in the United States, are perfect candidates for this new technology. It can be applied directly on to existing windows of commercial buildings, for which there are an estimated over 430 million square feet of windows in the U.S. alone. 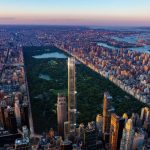 The Innovative thin-film PV technology uses a ‘fastening system’ on one side and a transparent electricity-generating liquid coating on the other for installation on commercial and residential buildings. Solar Window coatings are applied as liquids at room temperature and atmospheric pressure, ideal for low-cost, high-throughput manufacturing. And in new construction, when glass is manufactured it can be coated with Solar Window electricity-generating liquids and fabricated right into the window. Then windows can be installed on all sides of tall towers, generating electricity using natural; and artificial, low, shaded, and reflected light conditions. Conventional solar simply does not work in shaded areas or perform under artificial light. Traditional solar also requires direct sunlight.

A key advantage for Solar Window applications is that all four sides of a tower becomes a clean power-generator. And most Importantly, Solar Window can to generate electricity from artificial light such as the fluorescent systems found inside offices, schools, and commercial buildings. Today’s solar systems do not perform well indoors or under artificial light.

In comparison to conventional crystalline the Solar Window coatings have numerous advantages: Designed to generate electricity on glass, enhancing the performance of today’s typically insulated commercial and residential windows. Traditional solar cannot be applied to glass windows. See-through, with high level of ‘visible light transmission.’ Traditional solar is not see-through. Able to generate significant electricity from natural, artificial or even shaded light. Traditional solar does not work in artificial or shaded light.