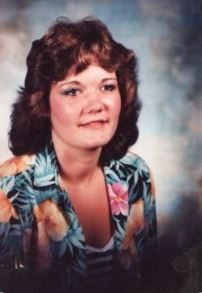 After thirty years of investigating, police have made an arrest in the case of a missing mother who was living in Chandler at the time of her disapperance.

In July of 1987, 22-year-old Donna Mae Jokumsen was residing in Chandler, along with her 23-year-old husband Kevin and their two young children. On July 3rd of that year, she called her father in Washington State and told him she was coming home to Washington with her children. Her parents became worried when a week went by and she never arrived at her parent’s home.

Donna Mae’s mother contacted the Chandler Police Department on July 11th, 1987 to file a missing person report. When officers arrived at the Jokumsen residence, they found Kevin and both children, but no sign of Donna Mae, who has not been heard from since. She was last seen on July 5th, 1987.

The missing person case remained open, with no arrests. In 2013, detectives from the Department’s Robbery/ Homicide Unit conducted a thorough review of the original investigation, re-interviewing all living witnesses and interviewing new witnesses who were not identified or had not come forward previously. Along with the lack of evidence suggesting Donna Mae is still alive, police believe she was murdered by her husband.

This year, the case was presented to the Maricopa County Attorney’s Office who later presented an indictment against Kevin Jokumsen. He was arrested on August 31 by the Auburn, Washington Police Department on one count of second degree murder. He is currently being held in a Washington Jail, awaiting extradition back to Arizona.