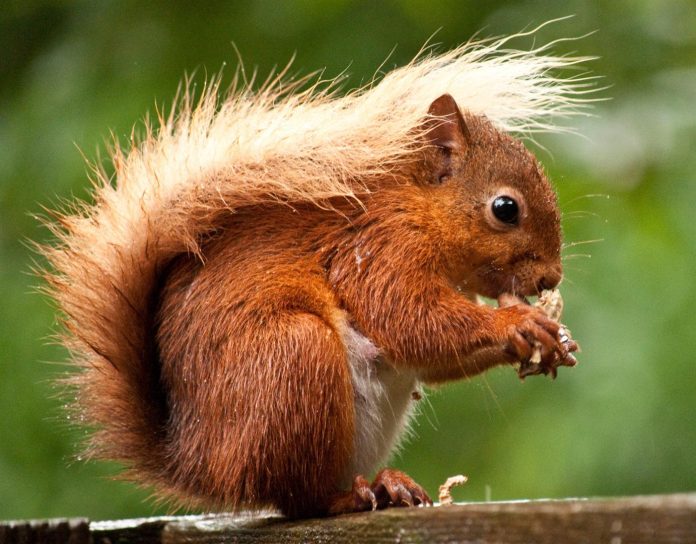 The Phoenix Zoo is known for their efforts to help endangered species, and now, they are lending a hand to a decreasing squirrel population.

The Mount Graham red squirrel was already endangered when a lightning strike set the Pinaleño Mountains in northern Arizona ablaze months ago. The flames ripped through the squirrels’ habitat, decimating their population and leaving few survivors. Now, conservation efforts have become more urgent as the species teters on the edge of extinction.

According to the Arizona Game and Fish Department, only about 35 of the red squirrels lived through the July wildfire and its aftermath. The species has been diminishing for quite some time- between 200 and 300 individual squirrels had lived on a single, isolated mountain for the last twenty years.

The Frye Fire further devastated the population, accelerating an ongoing conservation program at the zoo. They are currently developing a federally sanctioned breeding program with five is the remaining squirrels- two females and three males. This is more difficult than it may seem, as the breeding process is not simple. There is timing to consider, as well as technical difficulties and territorial aggressions. Female squirrels are sensitive and protective of their space when its not breeding time, and its possible the animals could injure each other or be killed. It’s different than in the wild, where females who aren’t ready for breeding can easily escape an excited male. Disruptions such as construction can also have an effect, as the tiny mammals are physiologically and behaviorally sensitive to noises.

To combat this, the conservation center pays close attention to the squirrels’ reproductive habits and patterns of aggressive behavior.

Scientists hope these breeding efforts will succeed in maintaining the characteristics the squirrels need for survival as they look toward eventually reintroducing them to the wild.

The program first started in May 2016, and last year they had one female pregnant, but she never birthed the offspring. As they attempt to bolster the population for a return to Mount Graham,  land management agencies are also getting involved by implementing an emergency supplemental feeding program in their habitat. This will place small feeders at locations with known survivors, so squirrels will have access to the food they need to survive. These efforts are more important than ever before, as the fire cleared much of the forest’s canopy and made the species much more visible to prey.

The species has been around for 10,000 years, and have survived similar situations in the past. Scientists describe this particular type of squirrel as very resilient. With it’s small body, narrow head, and unmissable red coat, this squirrel is a beautiful part of the Arizona environment, and these conservation efforts are important.

Learn more about Conservation Efforts at the Phoenix Zoo here.