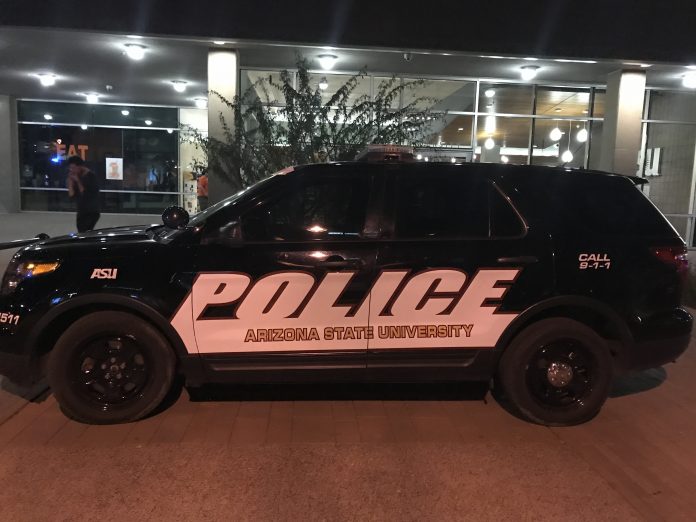 The Phoenix Police Department is taking steps to ensure its officers know how to respond when they come across people who have brain injuries.

It announced partnerships in September with both the Barrow Neurological Institute and the Brain Injury Alliance of Arizona in order to properly train its officers.

“This type of training is crucial to the safety of both the officers and people with brain injuries,” Lewis said. “The skills and knowledge they learn will be used in almost every shift by every first responding police officer.”

Carrie Collins-Fadell, the executive director of the Brain Injury Alliance of Arizona, said that no profession comes into contact with more people with brain injuries than police officers. She said that victims of brain injuries often include homeless people, people with drug addiction problems, domestic violence survivors and military veterans.

“There has recently been a lot of mental health awareness around the country with regards to police officers,” Collins-Fadell said. “But police officers encounter a lot of people with brain injuries too, and people don’t pay enough attention to that. I’m glad that Phoenix is helping to lead the way.”

Barrow Neurological Institute social worker Ashley Bridwell said that often times, it can be hard to tell if people have a brain injury, which is why it is important to teach officers how to identify the symptoms.

“People with traumatic brain injury often behave in a way that could be seen as non-compliant or disrespectful, which usually leads to some tough situations,” Bridwell said. “With the proper training and education, those interactions between officers and people with brain injuries can go much smoother.”

Phoenix Police Detective Sabrina Taylor said the Phoenix Police Department asked her to look into adding more training for people with cognitive disabilities about a year ago, and the Barrow Neurological Institute provided her with a perfect opportunity.

“We are very excited about providing our officers with new information and resources to deal with potentially dangerous encounters,” Taylor said.

Lewis said that about 170 police officers have gone through Barrow Neurological Institute’s two-day training so far to learn how to identify and respond to people that have a traumatic brain injury. He said the feedback from officers has been “mostly positive.”

“It’s good to have some back-and-forth, where they get to ask questions,” Taylor said. “It is a lot better than a PowerPoint, because it will give them a more personal understanding of brain injuries and their effect on people.”

“I regularly have police officers come up to me at professional events who ask me about helping people with brain injuries,” Collins-Fadell said. “They truly want to be part of the solution, and this is a great first step.”