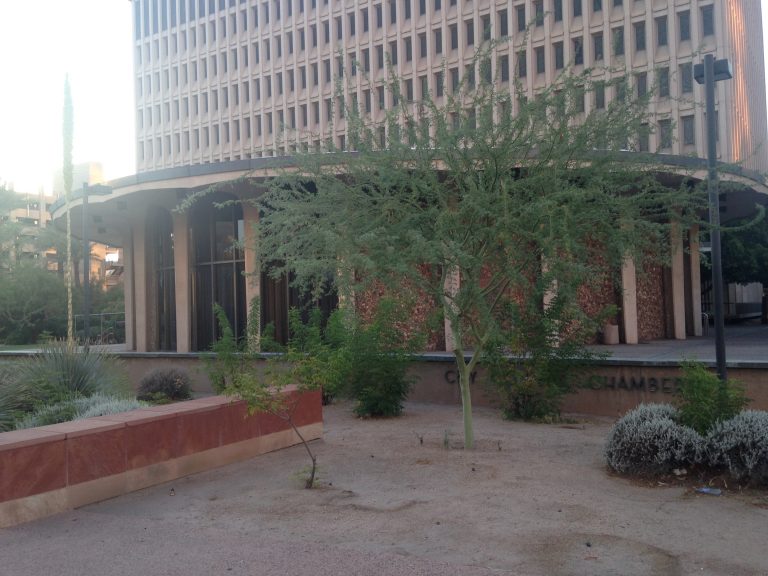 The Phoenix Parks and Recreation Board Thursday approved placement of a new well on city property near Cave Creek Landfill to monitor spreading contamination before it hits drinking water.

The plume of contaminated groundwater has moved past the monitoring wells already in place, “how far we don’t know,” said Director of Environmental Programs Joseph Giudice.  The proposed location for the new well was chosen based on groundwater flow in the area.

This site is on the Sonoran Preserve, southwest of where Carefree Highway and Cave Creek Road intersect.  It is adjacent to the Dove Valley Ranch community, which gets its water from the City of Phoenix wells.  The contamination is a result of the landfill remaining unlined, which not a requirement during its operation. It has hit groundwater about 600 to 700 feet underground, Giudice said.  There will be no surface effects to the surrounding area.

A pump will extract the contaminated water for treatment, and it will be reinjected into the groundwater.  The well will measure the success of these efforts, the director said.

Residents have expressed many concerns about having this constructed close by and in the park, said Giudice.

Sarah Porter, chair of the board and director of the Kyl Center for Water Policy, agreed with the remedy.  Water is an important resource and containing the contamination or moving it could jeopardize drinking water, she said.

“Protection of the park is a priority,” Giudice said.  The cleanup will focus on “minimum impact.”  Smaller equipment was proposed to reduce its visibility, which is “much less intrusive than what would normally be the case.”

The access road to the site will be cleared when no longer needed, efforts will be made to not disturb sensitive habitats, and affected vegetation will be recovered, he said.

Drilling and construction will take approximately four weeks and take place during summer months when less people are outdoors, according to Maricopa County recorded response to public concerns.

The Parks and Recreation Board moved unanimously in support of the monitoring well.