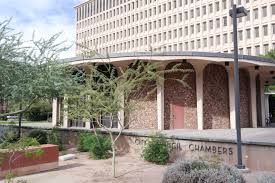 The Phoenix City Council voted 7-2 Wednesday to extend the period to pay off the Police and Fire department pension debt from 20 to 30 years, with a plan to pay off the first responder pensions in 25 years.

Payments into the city’s Public Safety Personnel Retirement System (PSPRS), will be $57 million in the 2017-2018 city budget, or nearly 4.5 percent of the total general fund budget.

The new ordinance will give the city more budget flexibility in the short term, saving the city an estimated $30-$35 million in the 2017 to 2018 fiscal year, and an additional $10 to $15 million in the 2018 to 2019 fiscal year. The newly freed money will be set aside to create a pension reserve fund to be exclusively used for paying the first responders pension and dealing with any pension increases, or unforeseen economic downturns hurting the PSPRS.

The new ordinance will cause the city to pay an estimated extra interest cost of $1.1 billion over 25 years and $2.3 billion if they use the full 30-year period.

District 1 Councilwomen Thelda Williams supported the new ordinance but wanted to look for other cheaper options. She said, “I don’t like the cost of the bill I don’t like the interest but I also don’t want to close the parks, the senior centers, the libraries and everything it’s going to take to make the budget next year.”

District 6 Councilman Sal DiCiccio and District 2 Councilman Jim Waring were the only two no votes on the motion. DiCiccio said, “I don’t think there is any one issue that has bothered me more than this one,” because delaying debt repayment to the most unstable city pensions will cause Phoenix to follow the path of Chicago and Detroit, adding debt upon debt until it becomes so insurmountable the city fails and declares bankruptcy. He added, “every city including Phoenix, which I love more than anything could fail at some point.”

He said the best way to pay down the pension debt is to set a fixed payment, “just like your mortgage payment” that forces the city to pay the same rate every year until the debt is paid off. He also said the city should consider the capital market for a better interest rate because, “just think of your home…would you pay 7.4 percent on your home loan, you would never do that.”

Tom Jenney the Senior Legislature Adviser for Americans for Prosperity, a conservative activist group, said during the public comment period, “this is kicking the can down the road,” adding, “we should try to start being responsible in this generation rather than passing this on to our kids and grandkids.”

Michael Meacham another member of the public said, the city should reprioritize its budget by defunding all services until the police and fire department are fully funded.

District 5 Councilman Daniel Valenzuela, who voted yes on the motion, said, “it’s not the ideal situation,” but, “it’s not a simple question of do we want to extend” but do we want to pay this debt by extending or cutting core services. He added some may want to cut services, “and you may live in the safest neighborhood in Phoenix, that’s great, others rely on after school programs and senior centers and libraries.” He also said the current budget was able to add around 300 first responders.

Steve Beuerlein, president of the United Phoenix Firefighter Association said he supports this motion, “the needs of the city are more important than just paying this pension liability,” he added, “we can’t cut our way to prosperity.”

Ken Crane of president of the Phoenix Police Association said, “having debt sucks,” but, “we realize it will give the city some financial breathing room,” and “we desperately need manpower on the streets, fire do police do.”

Several other cities besides Phoenix also approved the extension of the pension payment plan, an option that was given to them by the Arizona Legislature and Gov. Dough Ducey.