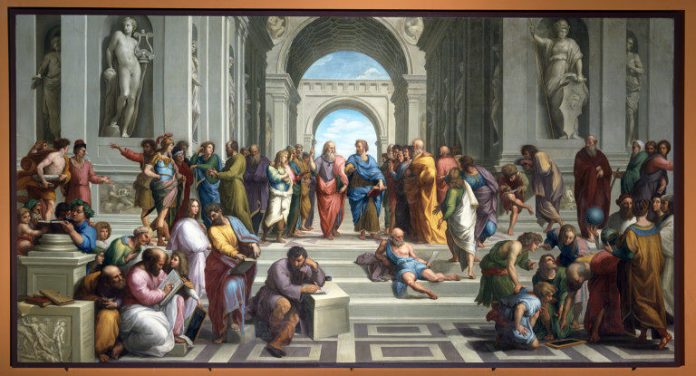 Philosophers have always been made out as deep thinkers that examine the world’s problems while in essence keeping true to themselves. Their thoughts could inspire a generation, or become profound even several generations later. They have been romanticized to such a degree that philosophy is an extremely popular major in college.

Having a Philosophy degree can be just as worthless as having a Communications degree. Both are very general and apply really to nothing. Quite a few lawyers start off in college with receiving a Philosophy degree, thinking this will assist them in their future law work. If that isn’t more of a reason to hate philosophy, then I don’t know what is.

I took one Philosophy course in college and thought of it as one of the worst courses I have ever taken. However, I am positive it could have been one of the best if the professor didn’t hold himself with such high regard as if he was one of the all-time greats. But isn’t that one of the problems with philosophers? They think their beliefs are more important than anyone else’s. The professor was definitely very arrogant, and eventually made my list of “Guys that I Would Like to Punch in their Cocky Mug Before I Die” file.

Not all philosophers are that bad, though. There have been some very interesting ones I have read about over the years. A few even make you think a bit before you label them possibly crazy. Here are a few that I decided to research a bit.

Diogenes was a philosopher that thought he should do away with all earthly goods. He reportedly lived in a barrel and only had a stick, a cloak, and a bread bag. He felt that he didn’t really need anything else. However, he still had to eat and he still had to drink. These things were often provided to him by the kindness of others.

Cynics are usually not concerned with their own health or the health of others. They believe everyone is mostly going through their lives with just their own self-interest providing them guidance. Diogenes was very firm in his belief. He walked the walk and talked the talk. Lastly, if Diogenes was alive today, he would most definitely be living on welfare provided by the government. And he would be perfectly fine with it.

Aristotle was a Greek philosopher that has been credited with inspiring western philosophy. He created a moral code of ethics that could help guide someone throughout their life. He taught on what does it mean to be happy and whether or not a person is living a good life. Interestingly enough, he tutored Alexander the Great for many years. One of the more popular philosophers in history, Aristotle believed women were deficient, deformed, and even monstrous. Sounds like he has been to some of the same bars I have been to on a Saturday night. Once again, a philosopher that has been deemed profound, but actually has very questionable views.

Freud was the founder of psychoanalysis, and was also a philosopher that offered up views on many things. Reading and studying Freud is quite fascinating. I would recommend a good biography to learn about the man himself. He thought very highly of himself and believed he was above having to do mundane things, like putting toothpaste on his toothbrush. That’s what his wife was for! Some of the more interesting facts about Freud is that he really, really LOVED cocaine, thought women could not be deep thinkers or have a good sense of justice, and could actually speak seven languages!

Nietzsche was a German philosopher that helped shape western philosophy, and he had a moustache that women were scared of. He also really hated christianity and morality. He was a professor by the age of 24, then forced into retirement by the age of 35 because his colleagues could not stand him any longer. His work did not become popular until after he died. Which just goes to show you, not even other educators can tolerate aggrandizing philosophers.

Nietzsche spent the last eleven years of his life in an insane asylum. Not a great life for one of the key philosophers that we are forced to study in college. It seems quite a few of the so-called genius theorists actually lacked common sense.