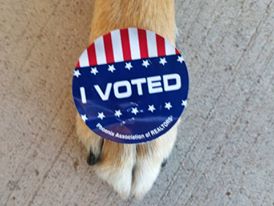 Should voters support this update to the Tempe City Charter, removing a councilmember could be considered for serious, unlawful misconduct.

There would be nothing arbitrary or capricious about the removal process.

First, there would be an impartial, outside investigation, with results presented to the City Council. This robust process would be transparent, with Council deliberating, and the public commenting, at a Work Study Session and two Regular Council Meetings. With “clear and convincing evidence” of unlawful misconduct, a supermajority of councilmembers (5 of 7) could then vote to remove a councilmember from office and that councilmember would have a right of appeal.

Simple dislike of a fellow councilmember would not hold up under this intense level of public and legal scrutiny, which would be conducted entirely during public, televised meetings.

To those who say this charter change would take power from the voters who voted people into office, our City Charter already dictates forfeiture of office for specific behaviors. The proposed change slightly expands that ability to include unlawful misconduct that may not rise to the level of criminal conviction yet seriously degrades the public trust. In addition, you elect a Council that should lead and take action when faced with egregious behavior.

Although voters can seek removal, a recall election requires that citizens collect a minimum of 4,600 verified signatures. For a recall campaign to succeed, citizens need to deliver their message to thousands of voters, at the cost of tens of thousands of dollars. As a result, the vast majority of recall campaigns fail due to lack of financial resources.

In addition, pursuing a recall is an impossible task for a city employee, for example, who might have been the victim of councilmember misbehavior. Although City employees can vote, they are prohibited by law from engaging in city elections. In the wake of the #MeToo movement, voters are asking for more accountability from their elected officials, not less.

In this election, Tempe voters will have the final say on exactly what that accountability will look like in our city. If you think that your local elected officials, similar to those in other East Valley cities, including Phoenix, who have changed their charters to hold councilmembers accountable for unlawful misconduct, please vote YES on Ballot Proposition 418.

Yes on Prop 417: A continuation of Tempe’s Arts Tax

Your YES vote on Tempe’s Ballot Proposition 417 will continue Tempe’s popular arts tax, in which residents and visitors pay a sales tax of one-tenth of 1%. While the original arts tax focused on building and creating the Tempe Center for the Arts on Tempe Town Lake, the continuation of this modest tax, which amounts to one cent on a $10 purchase, will create an annual funding stream of $8 million to integrate the arts and culture into the very fabric of our city.

Three years ago, over 1000 Tempe residents joined together to craft an Arts & Culture Plan that envisioned more after-school and summer arts programs for our kids, as well as free art, music, and cultural experiences in our neighborhoods, parks, and historic buildings. The continuation of the Arts and Culture tax would bring these plans to life.

To demonstrate what an expanded Arts and Culture Plan would look like, City staff has worked hand-in-hand with our neighborhoods to create two celebrated pilot projects: The Fox and the Peacock Music Festival in Mitchell Park and the Music and Arts Festival in Estrada Park. With a fully realized Arts & Culture Plan, families will enjoy:

On the other hand, should the tax expire, the Arts & Culture Plan would evaporate. The Tempe Center for the Arts would need to eliminate all programming and serve only as a rental facility.

Art not only enriches our lives and those of our community, investment in the arts fuels a local economy, sparking local talent and local businesses—be they costume makers, designers, actors, musicians, or graphic artists. Arts and culture enhance educational opportunities and build a more connected community.

Vote YES on Prop 417 and let’s create a legacy of arts and culture in Tempe!