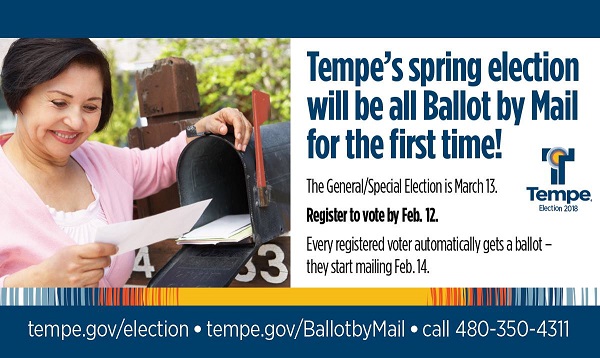 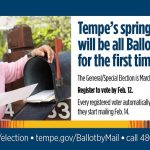 Early ballots arrive today.  I’m sure you’ve been bombarded with signs, mailings, phone calls, and door knocking from candidates about the election.  As a resident, while I always appreciated the outreach, I found the literature to be of very little help.  Everyone is “pro-neighborhoods, pro-police and fire, pro-parks…”  Basically, there is a script of things everyone puts on their literature, in the hopes of saying nothing offensive, and building the most base level name ID.  It works, but it makes it impossible to be a educated voter.

One of the nice things about being on Council is you have the time to learn more about candidates on a deeper level.  As such, I get a fair number of “who are you voting for” questions from residents.  So, first and foremost, I’d say, do your own research, and vote your own conscience.  But, for what it’s worth, here is how I’m voting, and my reasons for voting this way.

Prop 402 (Create Papago Park Preserve) – For me, this is the most important item on the ballot.  In some ways, even more important than the candidates as it establishes Papago Park as a preserve and makes it nearly impossible to develop this natural resource for hotels or apartments.  For the good of future generations, I’m voting YES.

Prop 403 (Dark Money Reporting) – You know how you get mailers with vague paid for by information like, “Paid for by People For Awesome”?  If you looked at the money filings for “People for Awesome” you’d find they don’t have to report where they got their money from.  Long story short, right now, special interest groups can spend nearly unlimited money to influence elections (by telling the truth or lying) and never report who is funding their efforts.  This attempts to close that loophole.  I’m voting YES.

Prop 404 (Spending Limit Increase) – This is the State Legislature being goof balls.  Years ago they passed a rule saying the people of each city had to approve the spending limit for a city.  That makes sense on some level.  What they didn’t think to do is adjust it for inflation.  So, as the price of goods goes up and the proportionate sales tax revenue goes up, we bump into that spending limit.  This raises that spending limit.  This doesn’t mean we are raising taxes, it simply means we are able to spend the money we are already bringing in.  I’m voting YES.

It’s always a weird thing to talk about candidates.  Because, basically, some people take it really personally if you say you aren’t voting for them publicly.  I mean reallypersonally, for the rest of their life, they will burn your house down if you ever given them the chance…  So, to run the middle ground, and to hopefully keep the house burning to a minimum, I’ll tell you something good about everyone, but tell you who I’m voting for.  I should also mention none of these are endorsements, and no candidate has offered me anything for saying good things about them.

Jennifer Adams – Her background is as a Tempe City employee (she is now retired) and she has basically spent the last nine months knocking on doors and talking to people as her only full time job.  She is the closest thing I’ve seen from any of the candidates as fiscally minded at all, and she is the only one who seems to really have worked to try and learn the issues at a deeper level.  She probably only matches up with 60% of my values, but she also has a good chance of winning, so I don’t feel this is a wasted vote.

Justin Stewart – He is the only candidate with an actual background as a neighborhood leader.  In fact, he won the neighbor of the year award in 2017 from Tempe, and very much deserved it.  This, for me, is me voting my ideals.  I wish he would win (the same way I wished Phil Amorosi would have won in 2016), but he’s underfunded, and doesn’t have a “machine” supporting him.  So, I’m going to vote for him, even though he’s going to lose, because I WISH he would win.  I also hope he runs again in 2020 after taking the next two years to build a stronger political machine.  The second time he runs, he’ll have more name ID and a better chance of winning.

Lauren Kuby – Lauren has been a strong advocate for sustainability and ASU and has been a work-horse.  She is one of the few Council members that returns every phone call, and every email.  She is an idealist who is willing to speak her ideals to anyone who will listen, you have to respect that.

Robin Arredondo-Savage – Robin, like myself, reads every bit of material we are given before a vote.  She is not a “blow in the wind” voter on issues.  For Robin, there is right, and there is wrong, and she votes her conscious every time.  I have never had to wonder where she stands on a issue, because her values are directly in line with her actions, without fail, every time.  That’s a rare thing in politics.

Sarah Kader – I actually had Sarah’s father as my torts law professor at ASU.  Her father is exceptionally bright, with one of the most humane hearts I’ve ever known.  Every interaction I’ve had with Sarah has shown her to be in that exact same vein.  If I was going to cast a 3rd vote, this is who I would cast it for.

Genevieve Vega – Lauren Kuby pulled Genevieve into this race to get a more favorable vote for her ideas on Council.  She has loaned her political machine to Genevieve to help her get money and campaign volunteers.  If you are voting for Lauren, you should probably vote for Genevieve as well.  The real advantage to having Genevieve and Lauren run together is that there is a level of trust between them, and so, it will be easy for Genevieve to get up to speed on Council issues (via Lauren), which will shorten the learning curve.

So, that’s covers everything.  Regardless of who you vote for, please vote.  And regardless of who wins, leave the past in the past and accept that (unlike a Disney movie) there are not “good guys” and “bad guys”, but just people trying to do the best they can based on their abilities and life experience.