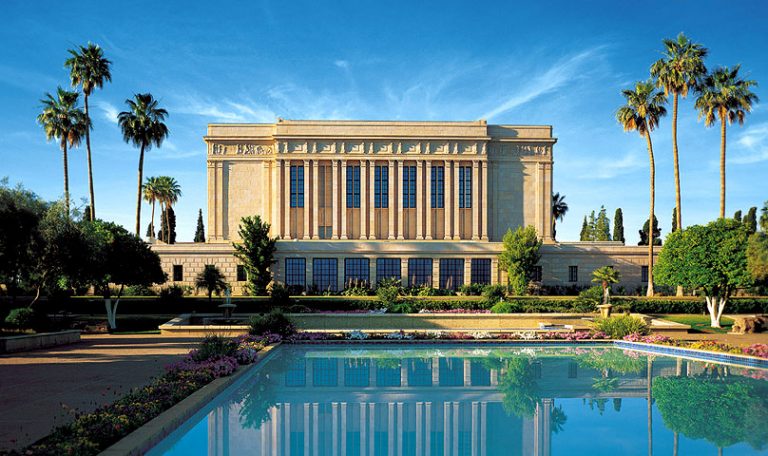 Arizona’s oldest Mormon temple will close next year for renovations.

The Mesa temple, near Main Street and Mesa Drive, originally opened in 1927 and has a long and important history with the Church of Jesus Christ of Latter-Day Saints in Arizona. The Mormon temple underwent significant renovations in the 1970s, and now it will close in May 2018 for two years of renovations.

Details about the upgrades and repairs, including estimated costs, have not yet been provided by the Church. It is also unclear if the popular Christmas lights display outside the temple, which is a holiday tradition for many, will carry on during the closure.

The state has 423,056 LDS church members and five temples in Mesa, Gilbert, northwest Phoenix, Snowflake and the Gila Valley. A new Tucson temple is under construction at this time. However, the Mesa temple is the oldest and perhaps one of the most cherished places where marriages and other sacred ordinances are held for the Mormon community.

In the 1920s, amid construction, the Mesa temple hosted it’s first open house and attracted nearly 200,000 visitors, despite the city’s population being less than 4,000 at the time. It seems as though another open house isn’t too far off, as the church has plans to hold a viewing for the public following the completion of the work, giving people outside the faith a unique, rare opportunity to see the temple’s interior. Following a rededication ceremony, the temple will once again be closed to members only, like all Mormon temples.

This gorgeous temple cost $800,000 to build, making it the most expensive building ever constructed in Arizona at the time.