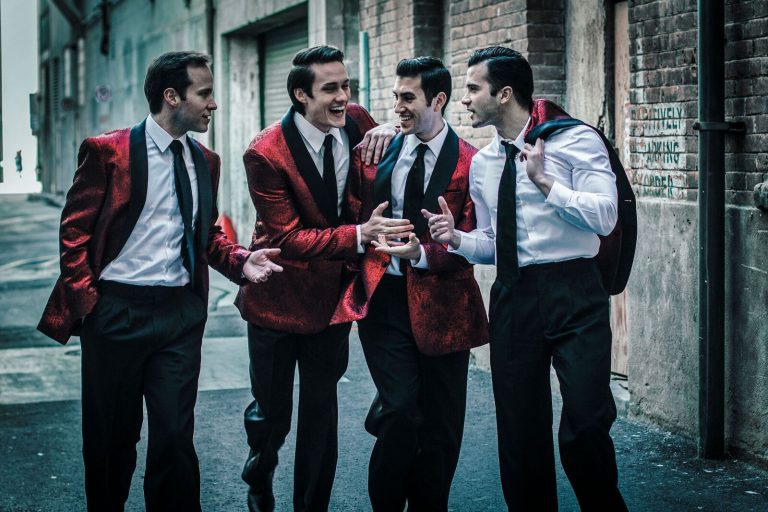 The Phoenix Theatre Company is priming its acoustics in preparation for a feel-good, rags-to-riches story featuring the music of one of the best-selling musical groups of all time, The Four Seasons. As part of its 99th season, The Phoenix Theatre Company, in central Phoenix, is honored to be one of the first regional theatres in the country to produce Jersey Boys. The show runs live Jan. 23 ­– March 10, 2019.

“You cannot beat the music of Jersey Boys,” said Director Larry Raben. “You forget the genius of their songs until you sit through a two-hour evening of wall-to-wall hits that transports you to another time and place. The show will electrify your soul with the performers’ unbelievable harmonies and magical voices!”

The show takes audiences on an emotionally-rich journey following the rise of Frankie Valli and the original Four Seasons – Bob Gaudio, Tommy DeVito and Nick Massi. It shines a spotlight on their innate musical talents, ability to write their own songs, and their introduction of a unique, harmony-rich sound no one had heard before. They were so unique and successful, they sold nearly 200 million records worldwide before they were 30 years old.

The Phoenix Theatre Company audiences will leave the toe-tapping experience feeling like they’ve seen more than a musical. “Jersey Boys is more like a full-fledge concert chock full of some of the most memorable songs from the 1960s and 70s. Audiences will feel joyous after experiencing this show; you can’t help but dance in your seat with these songs,” added Raben.

The professional cast has many newcomers as well as familiar faces to Phoenix Theatre audiences, including: Justin Albinder as Frankie Valli; James Gish (last seen as Tony in West Side Story) as Bob Gaudio; Anthony Fortino as Tommy DeVito; and Tommy McDowell as Nick Massi.

ABOUT THE PHOENIX THEATRE COMPANY