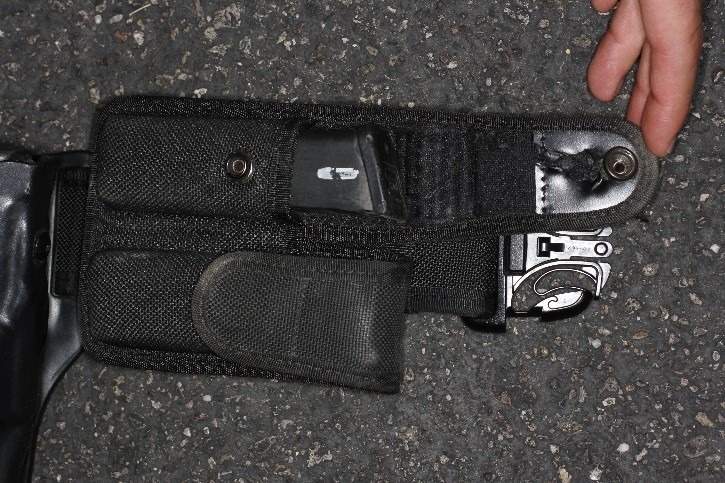 The Tucson Police Department has shared new details about an officer-involved shooting on Friday night.

The incident occurred on Tucson’s east side after officers responded to a domestic violence situation around 9:45 p.m. When they arrived at a bar near Broadway Blvd and Camino Seco, they learned a man was there with his mother and stepfather. According to officials, the 911 caller said the stepfather, 51-year-old Roy King, took out a handgun and threatened him and a friend. King then left the bar area and headed to a home in the 700 block of south Hermosa Hills. Recent updates from TPD states that officers located King’s truck in the driveway and heard him yelling at them from the backyard. Police say that’s when King fired his handgun at two officers, with a bullet striking one of them in the belt.

“We could be investigating the death of an officer out here,” said Sgt. Pete Dugan. “These are extremely serious and sometimes…people don’t know exactly what we have to respond to and this was one of those situations.”

Officers Nathan Stout and Steven Clark were the two involved in the shooting, and they have been with the department for approximately 1.5 years.

If not for their belt, the officers could have been seriously injured or killed.

TPD detectives are continuing their investigation into the incident, and anyone with any additional detail is asked to please call 88-CRIME, with the option to remain anonymous.

Please visit the official website of the Tucson Police Department for more information.