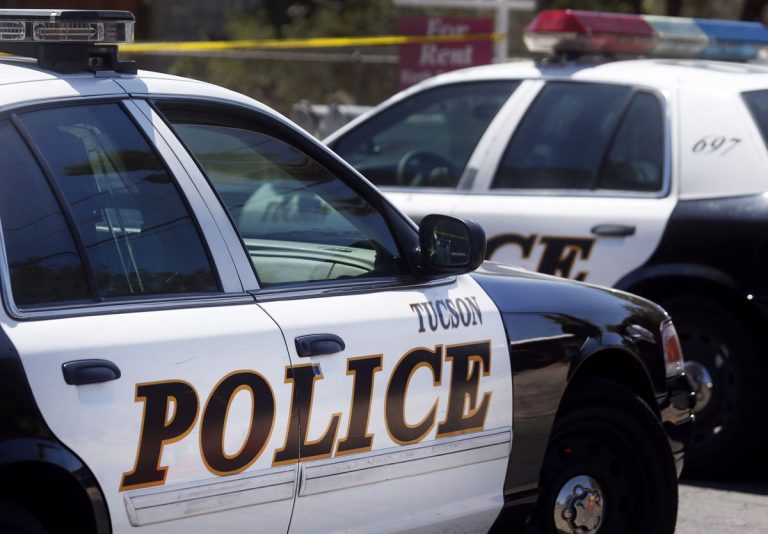 The Tucson Police Department continues to investigate an officer-involved shooting that happened earlier this week on the city’s south side.

At approximately 6:30 p.m. on Tuesday, July 31st, officers from Operations Division South responded to a report of a male suspect firing a rifle inside of a residence in the 6100 block of South Earp Wash Lane. When they arrived on the scene, officers spoke with a woman outside who said her son was the individual firing the rifle. She also told officers that her son was still inside and that no one else was in the home.

Officers tried to contact the suspect by using a loud speaker (PA System), but the suspect did not respond. First responders evacuated surrounding homes as a precautionary measure as members of the Tucson Police SWAT Team and Tucson Police Hostage Negotiations Unit came to the scene.

Although negotiators were able to reach the suspect by phone, the man refused to talk and repeatedly hung up on officers. After hours of unsuccessful attempts via phone, the suspect left the house just after midnight on August 1, armed with two weapons. A SWAT officer on the scene fired his patrol rifle at the suspect, who was struck multiple times. Officers and a Tucson Fire Medic rushed to render aid, but the suspect was pronounced dead at the scene. No officers were hurt during the incident.

The suspect has been identified as 53-year-old David Judge, and next of kin has been informed. The officer involved in the shooting is a 13-year-veteran of the department, Detective David Ortiz. Detectives with the Tucson Police Department Violent Crimes Section and sergeants from the Office of Professional Standards Unit responded to further investigate.

According to a department news release, Detectives with the Violent Crimes Section are conducting the criminal portion of the investigation, while, as per standard protocol in all officer-involved shootings, The Office of Professional Standards is conducting a separate, but parallel administrative investigation to examine the actions of department personnel.

Members of the department’s Critical Incident Review Board (CIRB) will also evaluate the incident response in this particular case.

Anyone with any information about this incident is asked to please call 88-CRIME. More details will be released as the investigation continues. For more information, please visit the official website HERE.