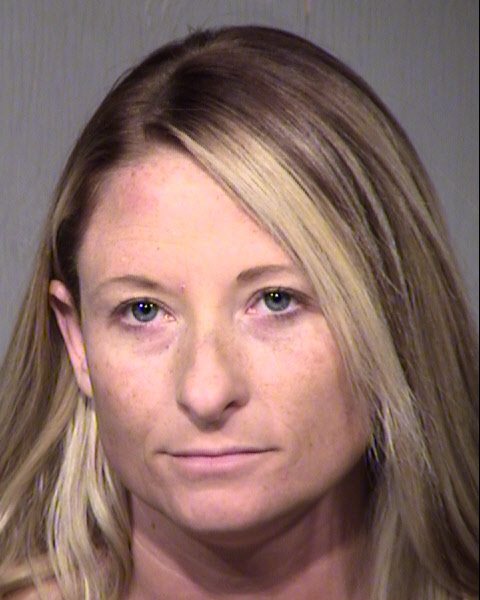 A domestic dispute on Saturday night has resulted in an injured Gilbert Police Officer.
35-year-old Jennifer Dickerson faces charges of aggravated assault following the incident, in which she discharged a gun, striking a responding police officer.
Gilbert police headed to the neighborhood at Baseline and Cooper roads after reports came in of a domestic dispute.

woman is facing aggravated assault charges after discharging a gun in a Gilbert neighborhood Saturday night and injuring an officer.

Gilbert police responded to the neighborhood near Baseline and Cooper roads after receiving reports of a domestic dispute. According to authorities, Dickerson was asked to leave the residence for the evening, but she returned to the area approximately 15 minutes after officers arrived. An officer approached Dickerson, who said her mother was coming to pick her up. Once her mom arrived, Dickerson took out a handgun from her purse. The two women struggled over the weapon, as Dickerson’s mother was worried her daughter would hurt herself or someone else.

As the police officer intervened and reached for the weapon, the gun was fired. Although no one was hit by a bullet, the officer did get hurt from a muzzle blast to the hand. Dickerson was taken into custody and charged with discharging a firearm in city limits, as well as aggravated assault and endangerment.

For more information, please visit the official website of the Gilbert Police Department.