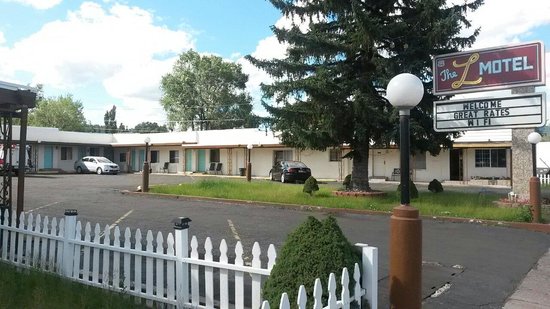 The four teenage suspects accused of murder at a local Flagstaff motel earlier this month have pleaded not guilty.

The incident occurred on Thursday, September 7 at a party at the L Motel on South Milton Road. Jayda Fortune, 17, Mirelle Gorman, 16, Kayson Russell, 19, and Lawrence Sampson-Kahn, 18, are charged with second-degree murder for allegedly beating to death an intoxicated Jaron James, the 23-year-old victim.

Three of the four accused, Gorman, Russell, and Sampson-Kahn, entered not guilty pleas as they appeared before the Judge in Coconino County Superior Court on Monday. Fortune also pleaded not guilty on Wednesday during her arraignment.

The four teens are each being held at Coconino County Detention Facility on $250,000 cash or secured bonds.

During the arraignment, Judge Dan Slayton upheld the bond amount and added the condition that none of the suspects are allowed to make contact with the victim’s family if they post bond.

The suspects’ next court appearance is scheduled for October 23 for a case management conference.

For more information on this case, visit the official Coconino County Sheriff’s website.