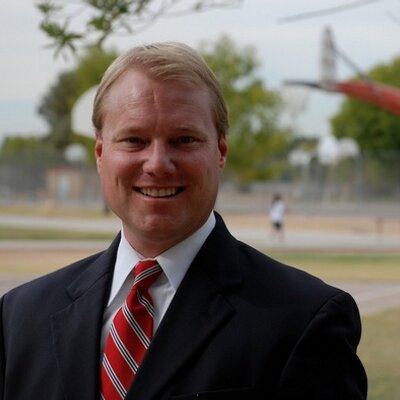 TEMPE, Arizona — Mayor Mark Mitchell is no stranger to politics. His father, Harry Mitchell, is Tempe’s longest-serving mayor and a two-term U.S. Congressman, while his uncle Bob was once the mayor of Casa Grande. Even further back, William Wesley Mitchell, Mark’s great-grandfather, served in the Arizona House of Representatives from 1937 to 1958.

As for Mark Mitchell himself, prior to being elected to his first term as mayor, he also served three consecutive terms on the Tempe City Council.

However, politics aside, Mayor Mitchell indicates that there has always been a proclivity toward public service that was instilled at a young age. “Both of my parents were high school teachers; both my mom and dad taught at Tempe High,” he says. “They were really involved with the school— my dad was in charge of all the student council, my mom ran the cooperative intern program— COE is what it was called. So I really did grow up in a family of community service and and giving back … it was kind of engrained in me.”

Mitchell credits that spirit of service, combined with his experience on the city council and a propensity to “never stop learning,” as an inspiring factor in his decision to run for mayor. “I still learn every day,” he says. “I’ve served on the council since 2000, and I’ve learned so much, and I’m still continuing to learn; I think it’s really helped prepare me … because if you look at what’s happening today … I’ve been a part of this foundation for a long time, since I’ve been on the council, and to really see these projects come forward and to get to where we are today, it was a vision— and I want to continue that vision not only for today, but also for future generations.”

Part of that vision, as the mayor has previously indicated, involves “[ensuring] that Tempe has aggressive economic development goals to move our city forward.” To that end, Mitchell states, “When I say aggressive, that means being proactive and trying to get companies to come here. Since 2012, when I first became mayor, we’ve added over 16,000 jobs— these companies that  come to our community have added that— we’ve added over a billion dollars in capital investment. That’s pretty exciting.”

“And it’s not just [Downtown Tempe],” Mitchell states, “it’s in the southern part of the city as well. Just the other day … I went to our industrial park in South Tempe, and Cenlar, which is one of the country’s largest loan servicing providers; [it’s the] first time they’ve located outside of New Jersey, they’re right here in Tempe— they’re going to have up to 750 employees. Stuff like that is exciting because it really helps— the more people that come here, it will not only help with our school districts and help with the quality of life for our residents, it will also help sustain it for generations to come.”

When asked how the city can develop on the scale and pace that has become common in recent years, while still keeping the essence of what makes Tempe a unique and desirable area in tact, Mitchell responds, “The residents make Tempe unique and in tact.” He continues, “Having grown up here and seeing the close-knit community and all of the civic organizations engaged— that really helps set the tone and the character of where we’re going to be going.”

Mayor Mitchell believes that one way the city is ensuring an ideal level of public engagement is through the implementation of an interactive Character Area planning model. “We’re trying to work with our neighborhoods to make sure that we have aesthetically-pleasing, nice neighborhoods that are inviting so we can continue to grow the economy.”

On the issue of recent development concerns, and whether there is any merit to the perception that some recent proposed projects indicate possible collusion between the city government and private organizations such as the Downtown Tempe Authority (DTA), the mayor is perhaps somewhat reserved in his remarks.

Mitchell, along with City Manager Andrew Ching, serves on the board of the DTA— a non-government outfit whose executive director has indicated “advocate for and lead the charge” for development efforts in the area by “work[ing] closely with City Council,” with whom it is in “constant communication about [its] vision for Downtown.” Additionally, the current chairman of the DTA, commercial developer Charles Huellmantel, once chaired the city’s Development Review Commission— a position now held by his apparent business partner— fueling concerns regarding conflicts of interest, and leading some to allege that such appointments might be the result of cronyism.

In his response, Mayor Mitchell reiterates an emphasis on public engagement, while not outright addressing the larger notion of the seeming overlap between those serving in both public and private entities:

“One of the things, as I mentioned earlier,” he says, “[is] how important civic involvement is; we take great pride in it. Since I’ve been on the council, I’ve seen an increase, and that is due to what we have set up with our neighborhood associations and people involved, and one of the things I think is important is that we get feedback and we communicate with our residents, and Tempe’s better for that.”

He continues, “There may be some times when we agree and disagree, but, by and large, no one can say that their voice wasn’t heard or that they didn’t hear comment from the city, because we are really good about getting that information,” which is something that Mitchell feels is exemplary.

“It’s a testament to this council,” he says, “it’s a testament to our city staff— the outreach that we do to get our residents involved and engaged. I think we’re better for it as a city by having that engagement, because you get engagement from all different parties, it doesn’t matter, as long as you have the engagement. Then it’s important for the council to make sure we have all the information so that we can make an informed decision.”

Another area in which the city has seen a fair amount of public discourse of late involves the issue of foot traffic on Mill Avenue— specifically with regard to the Sidewalk Sitting bill that recently passed in the City Council. Some proponents of the ordinance have stated that it will help reduce panhandling and the presence of perceived “undesirables” from frequenting the Mill corridor.

However, since there are already ordinances against panhandling, others view this new legislation as a means of simply moving the larger issue of homelessness to a different area, out of the view of the increasing young professional community that has taken up residence in the area.

Asked whether he believes the newly implemented ordinance targets the homeless, Mayor Mitchell insists, “It doesn’t.”

In response to the notion that the legislation will simply force the homeless move along, essentially just moving them from Mill Avenue into other parts of the city, Mitchell states, “We can also ask if we can help them, and that’s what we’re trying to do; ‘can we get you some services?’ And that’s why Tumbleweed‘s right down the street on University— it used to be at the First Congregational Church, and we helped out with that, we helped out with some mortgage assistance programs in the past.”

Mitchell continues describing some of the ways he feels the city helps those in need. “If you look at our budget,” he says, “we have over a million dollars that goes toward human services; larger, by a lot, compared to all the other cities.”

“Yesterday,” he adds, “was the 50th anniversary of the Tempe Community Action Agency, which is one of the social service arms that takes care of some of these issues. We’d love to end homelessness, and one of the things that I think is important, whether it’s the ambassadors down on Mill Avenue, or whether it’s Tempe Community Council or Tempe Community Action Agency, we really try to offer these services to individuals that are in Tempe if we know they need help, and we have a tremendous program and outreach of lots of volunteers. We work with the I-Help program, with some of the faith-based communities, to help shelter some of these individuals, some individuals that are less fortunate.”

Looking forward toward his next term as mayor, which officially begins on July 7, Mayor Mitchell describes some of the goals he hopes to accomplish. “A couple things— one is to continue the work on economic development to help provide the necessary resources to continue to improve the quality of life of our residents. But also there’s an initiative that’s kind of near and dear to me … and that is to become a dementia-friendly city. It’s something I didn’t really know about until it affected me— until my mother was diagnosed with it.”

So far, this initiative has seemingly been well-received. “We held our first summit for a dementia-friendly city and over 150 people showed up on a Saturday,” he states. “I recognized a lot of different people from different neighborhood groups and associations.” Going forward, Mayor Mitchell hopes to continue to bring awareness to the issue throughout his second term.

As for whether he has any political aspirations beyond the office of mayor, Mark Mitchell says “I used to. But, given the climate you see nationally, I’ll be honest with you; I love being mayor.” He concludes, “It’s really rewarding; knowing you really are affecting lives. One of the first reasons I ran for office was because I wanted to give back to my community … I want my two daughters to experience what I did growing up, but that much better.”