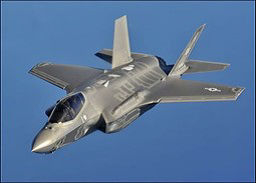 Major Nick Rallo from Luke Air Force Base will discuss the F-16 Base and bring Kiwanis up to date on the F-35 fighter jets un-der design and deployment. This is a program that program chair Penny Pease has relentlessly pursued for years. There has been a lot of news reports on whether to cut back on the F-35. Senator McCain and Arizona lobbied hard to get the F-35 training brought to Luke AFB. The $400 billion program has been criticized by President Trump. The economic impact on Arizona has been widely touted.

Luke Air Force Base is an active-duty F-16 Fighting Falcon training base with 170 F-16s assigned. The host command at Luke is the 56th Fighter Wing (56 FW), under Air Education and Training Command’s 19th Air Force. The 56th FW is composed of four groups, 27 squadrons, including six training squadrons. There are several tenant units on base, including the 944th Fighter Wing, assigned to 10th Air Force and the Air Force Re-serve. The 56th Fighter Wing also trains more than 700 maintenance technicians each year. The base population includes about 7,500 military members and 15,000 family members. With about 80,000 retired military members living in greater Phoenix, the base services a total population of more than 100,000 people. An integral part of Luke’s F-16 fighter pilot training mission is the Barry M. Goldwater Air Force Range.