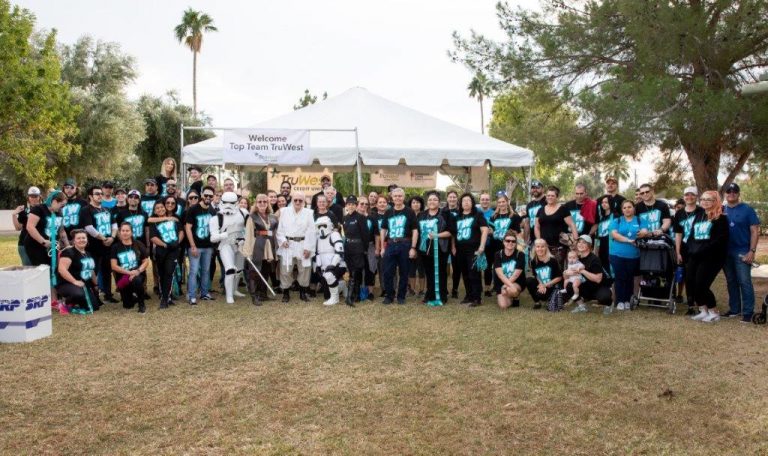 TruWest® Credit Union is happy to announce it has raised over $30,000 for the American Lung Association in 2019 through in-branch fundraising efforts, member and partnership donations, volunteer efforts at various activities and the Phoenix Lung Force Walk.

“Partnering with the American Lung Association has given TruWest the opportunity to support their fight for clean air and healthy lungs,” said President and CEO of TruWest Credit Union Alan Althouse. “Our goal of making a positive difference in our community is realized through working closely together with great organizations like these.”

TruWest’s fundraising efforts included an in-branch “Whoosh Sale” where employees and members had the opportunity to donate to the American Lung Association and have their name displayed on a ‘whoosh’ paper icon in the branch. Volunteers also participated in various activities, including asthma conferences and the Fight for Air Climb, which also contributed to TruWest’s large donation in 2019.

The biggest impact came from the American Lung Association’s annual Lung Force Walk, held in November. This walk is an event where the community walks together in support of raising awareness and funds for lung disease prevention. TruWest assembled more than 170 team members who rallied together to raise a donation of $14,000, making the financial institution the top fundraising team and company.