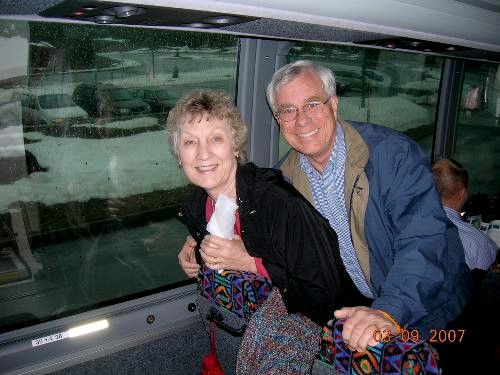 Originally published – May 28, 2010 – The news when it came was at the same time both heartbreaking and a relief. A relief because it marked the conclusion to a long, courageous and extraordinarily difficult fight that in the end couldn’t be overcome.

A relief because all the months of pain and suffering had at long been last replaced by eternal rest. Heartbreaking because way too early Tempe lost an irreplaceable, terrific friend who spent much of his life caring for and serving the city he loved.

Even though we were privileged to share his experiences during a tortuous 8-month journey along the unforgiving path of acute lymphocytic leukemia, we were nonetheless deeply saddened when word came of his passing.

Leonard William Copple (1941–2010) — everyone just called him Len – will never be forgotten in this city because of his unmatched legacy of selfless contributions.

As a youth, the Yuma-raised lad demonstrated an early passion for all that life has to offer – amateur magician, thespian and even a brief radio career. Later on that experience would well serve the mellifluous-voiced Len. For many years, it was Len’s voice that greeted phone callers to City Hall.

A decade after graduating Salutatorian from Yuma Union High School in 1959 Len eventually found his way to Tempe — after first marrying his high school sweetheart Jean, completing the University of Arizona law school and serving a stint in the U.S. Army that included Viet Nam.

Once here, Len never looked back. Much of his legal career was spent helping and supporting his clients – earning Len their respect and admiration and that of his colleagues.

To even list highlights of his illustrious public service career is too long to detail here. Most know Len from his appointment to the Tempe City Council in 1994 and subsequent elections in 1998 and 2002.

Not as many know that Len was involved in Tempe’s prestigious Sister City Organization from almost the beginning. Or that he led the organization of downtown property owners into the Downtown Tempe Community.

Or that he contributed substantially to the development of Town Lake. Or that he was a instrumental in improving public transportation in Tempe and bringing light rail to the Valley.

Why does it always seem that we wait for someone’s passing before taking time to remember their lives and contributions?  It’s only after they are gone that we say all the things we should have said when they were alive.

In the end I regret not taking time to thank Len for his long friendship and tell him how much he meant to the community and me.

But I also know that Len would have been uncomfortable with all the adulation he is now receiving. Those who serve best never seek the spotlight. They are only focused on improving the world around them.

Nonetheless, I am sure that Len is looking down today appreciative of the outpouring of accolades for a life well lived. I know his family is.