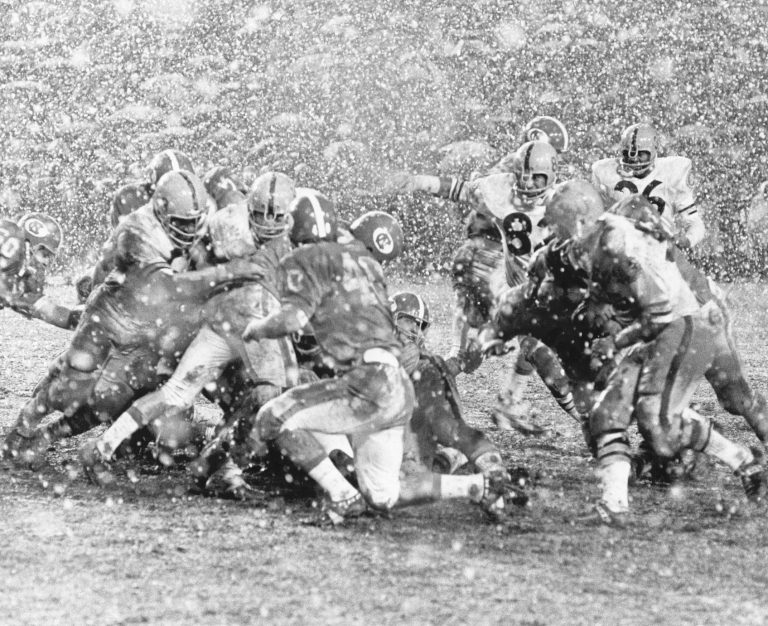 While the Sun Devils racked up many impressive winning seasons over the years, the 1970 football team ended with the school’s first nationally televised bowl game, its first ever top 10 national ranking and an undefeated season. The Sun Devils defeated the University of North Carolina Tar Heels 48-26 in the third annual Peach Bowl, one of just 11 bowl games that year.

To get to the Peach Bowl, the Sun Devils won the Western Athletic Conference for a second consecutive year and scored wins against conference rivals in addition to Kansas State, Washington State and San Jose State.

ASU’s 1970 Peach Bowl players and coaches will be honored at the 11th annual Legends Luncheon event hosted by the ASU Alumni Association and the Sun Devil Club Friday, Nov. 2, 11:30 a.m.-1 p.m. at the Hyatt Regency Phoenix, 122 N Second St. More than 30 players and coaches from the team will be returning for the luncheon.

The most striking and historic element of this game ended up being severe weather conditions which brought wind, rain, sleet and snow. While the Sun Devils scored first, they ended the second quarter behind 26-21. The Arizona State team came out of the half-time locker room ready to take on the Tar Heels, who would not score another point in the game.

Information about the Legends Luncheon can be found at alumni.asu.edu/events/legends-luncheon.