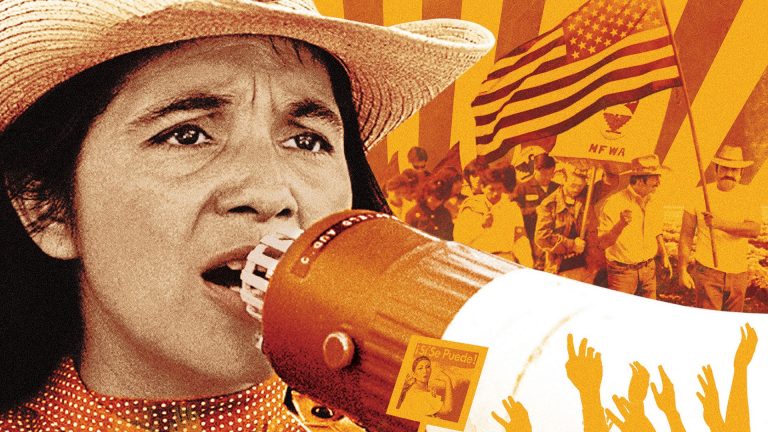 A legendary activist and subject of an award-winning documentary is set to speak in Tucson.

Dolores Huerta, one of the leading activists in the fight for racial, class, and gender  equality, will be on hand for a screening of the award-winning documentary Dolores, based on her life.

The public is invited to enjoy the story of Dolores, whose efforts have gone largely unrecognized until now. She worked alongside Cesar Chavez, co-founding the first farm workers union. She empowered an entire generation of immigrants to stand up for their rights, even as her own relentless dedication and work ethic were under attack. Dolores faced false accusations from foes and friends alike, with allegations of child neglect and immoral behavior pushing her out of the very union she helped create. The mother of eleven didn’t let these trials slow her down, remaining steadfast in her fight for equal rights, even at the age of 87. The documentary shows it all, with Wrap’s Claudia Puig saying “Activist Dolores Huerta gets her props in this stirring doc.”

Directed by Peter Bratt, the documentary has earned rave reviews for it’s provocative, energizing look into fully committing one’s life to fight for justice. Setting the record straight on Dolores and her undeniable contributions, the documentary is the Winner of Audience Awards for Best Documentary at the San Francisco, Seattle and Minneapolis Film Festivals.

Tickets and more information about the screening are available on the official Loft Cinema website.

The Loft Cinema is located at 3233 E. Speedway Blvd in Tucson.