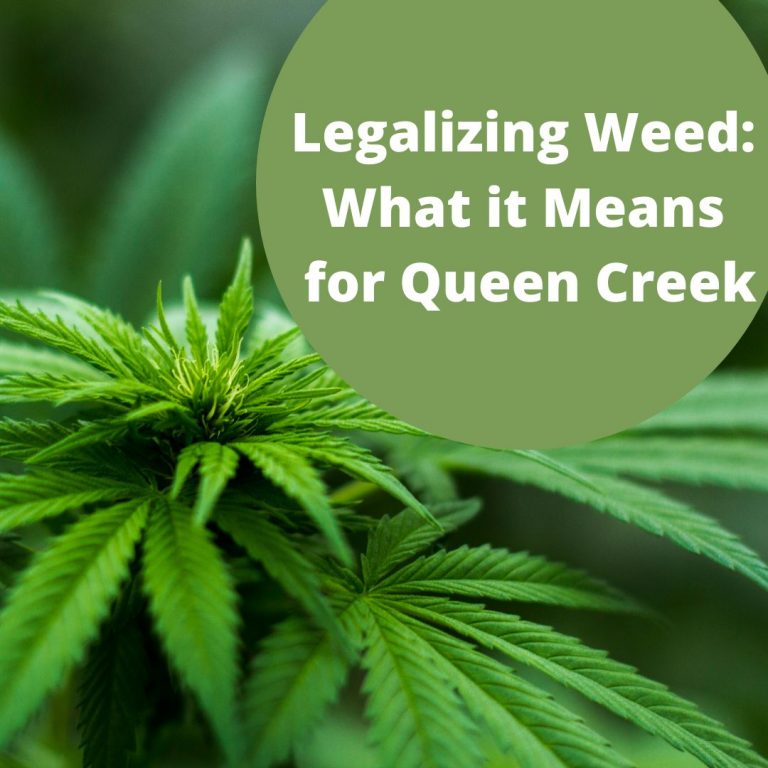 QUEEN CREEK, Ariz.–The controversial 207 Proposition passed on Tuesday not only legalized marijuana, but created a 16% tax on retail sales of marijuana.

According to the Arizona Secretary of State’s Office the excise tax will be applied to marijuana sales and products to fund public programs.

The proposition is expected to generate millions of dollars said Chad Campbell, chair of Proposition 207.

“We anticipate it’ll generate probably about $300 million a year, at least in the beginning and then probably grow over time,” Campbell said.

However, the 2020 General Election Publicity Pamphlet projected only half of what Campbell stated.

“The tax and the licensing fees are projected to generate $166 million in annual revenue after the program becomes more fully operational in the next several years.”

The regulations would allow a city, town or county, including Queen Creek, “to enact reasonable ordinances or rules that generally govern the time, place and manner of marijuana establishment and marijuana testing facility operations.”

The Queen Creek town council met with the Town’s legal advisers on Nov. 4 to discuss such regulations.

Twitter responses over the passing of Prop. 207 have varied with users like @bellestephenss saying the revenue from the taxed products will be beneficial to the community.

“It’s sad to see so many bothered by this…Arizona has some of the most poorly rated school districts in the country and the taxes on recreation[al]  marijuana will only put money back into schools. Colorado is a great example.”

The 2020 General Election Publicity Pamphlet states that about a third of the revenue will be put towards community colleges.

Another third of the funds will be put towards fire departments and law enforcement, 25% to health care, and the rest shared between the Attorney General for enforcement and criminal justice programs.

Local Queen Creek Resident Eva Stiffler said she believed that it will cause harm to the community.

Arizona’s Department of Health Services is currently in charge of medical marijuana sales.

Sense the department already has the program established, it will also be in charge of regulating pot sales.

Medical marijuana users do not have to worry about the tax though, as they are exempt from the 207 tax, stated in an article by Rose Law Group Jonathan Udell.

“ Because patients would purchase marijuana from a dispensary and not from an establishment, they would not be subject to the tax that Prop. 207 establishes for recreational marijuana.”