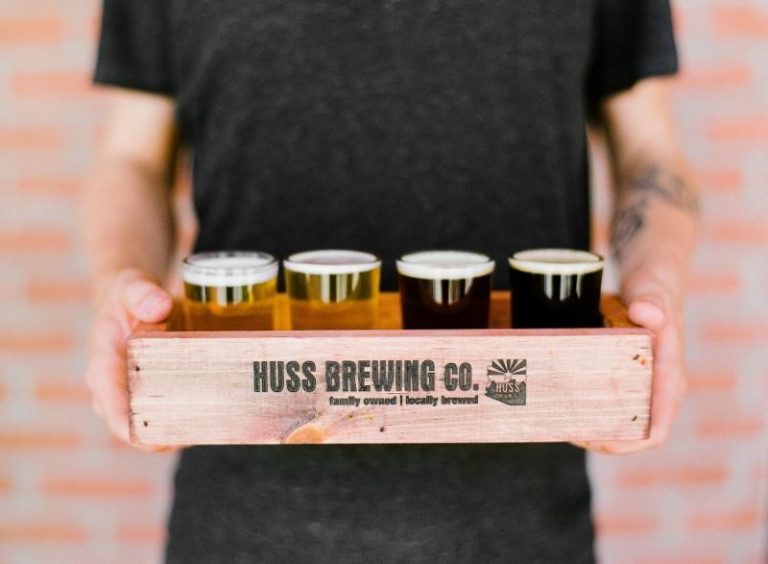 Local favorite, Huss Brewing Co. has partnered with another Phoenix favorite to launch the all-new Huss-Desoto Pop Up Taproom. Uncorking on Friday, January 26 with a kickoff event featuring live music and tasty brews, this 400 sq.-ft. temporary micro-taproom will bring the bold flavors and chill craft beer vibes of this family-owned brewery to DeSoto Central Market for the first in a series of three-month-long ‘Brewery in Residence’ pop-ups highlighting a rotating collection of top local breweries. Tempting beer lovers with 12 different craft drafts, plus gourmet bar bites inspired by the menu at Huss’ Uptown Taproom, enjoy Huss favorites such as Best AZ Beer winner Scottsdale Blonde and crowd favorites such as Copper State IPA, Koffee Kolsch, Papago Orange Blossom and Coconut Joe, the Huss-Desoto Pop Up Taproom will also offer rare barrel-aged beers and new seasonal beers. Plus, the pop-up taproom will also serve up an exclusive beer just served at Huss-DeSoto.

Launched in partnership with DeSoto owner, Shawn Connelly, and keeping with DeSoto Market’s local-focused incubator model, Huss Brewing Co. owners, Leah and Jeff Huss are excited to be the first brewery to take over the taps at DeSoto. “Our partnership with DeSoto dates back to Jeff and my roots in Illinois,” Leah Huss says, “where local brewers and taprooms are the heart of the neighborhood and build a sense of community. That’s why we went to Uptown Phoenix, and now we’re so excited to join another amazing neighborhood in downtown Phoenix that has so much cool stuff going on right now.”

“DeSoto and Huss have had a great relationship and we could not think of a better team in Huss with their tasty brews, community centric mindset, and fun disposition to help kick off the Brewery in Residence with,” Connelly says. “You’ll be able to post up at the Huss-DeSoto to try their variety of signature and special one-of-a-kind beers, but also be able to take a growler home of your favorite too.”

“DeSoto Central Market has been a great partner for Huss over the years and we’re honored to kick off this amazingly unique project with Shawn and the DeSoto family,” says Huss Brewing Co.’s director of sales, Chip Mulala.

When:    The Huss-DeSoto Pop-Up Taproom opens on Saturday, January 26, 2018 for a three-month residency.