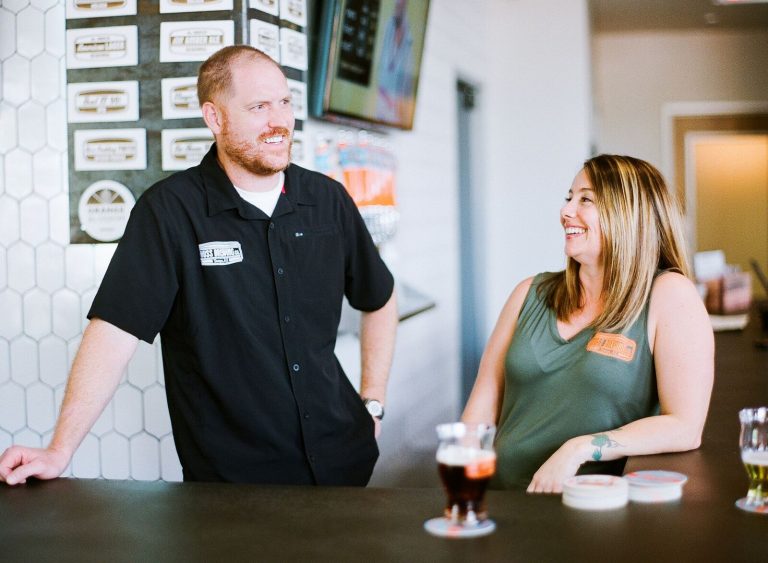 Already the state’s third-largest local beer producer, Huss Brewing Co. is once again expanding its brewery in South Tempe, with the goal of doubling the beer-making capacity as soon as February. Furthermore, owners Leah and Jeff Huss have recently rolled out its new signature Copper State IPA, a salute to Arizona where the recipe was crowd-sourced by local beer drinkers, and is now available statewide. 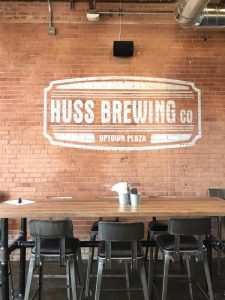 Pretty impressive for a proudly independent brewery that started less than five years ago, rising like a Phoenix out of the ruins of an earlier failed brewery. “We started in 2013 with a single 5,900 square foot space that was formerly Rio Salado Brewery,” Leah Huss says. “Unfortunately, it had already been converted back to office space, but it was on the top of our list because it had the heights and power requirements we needed.” Over time, Huss expanded into the suite next door, and now in December they will be taking over a third suite to bring this award-winning brewery and taproom to total of 19,000 square feet. And although the public won’t see any of the changes in the taproom, they will be able to taste the difference, says head brewer, Jeff Huss. 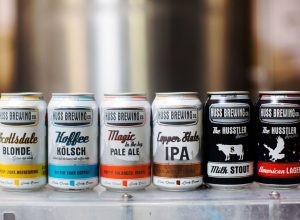 Lastly, Huss recently said That’ll Do to its iconic IPA of the same name, rolling out an all-new signature Copper State IPA. According to Jeff Huss, the former IPA was launched as a one-time brew, and never intended to be a year-round beer. “But it proved so popular that we kept brewing it for the past four years. So we spent the last year testing and crowd sourcing recipes, getting feedback and making tweaks-If you drank at Huss over the past year, you helped create this new recipe.” The new Copper State IPA is not as bitter as traditional IPAs, but just as hoppy and aromatic, and with a slightly lower alcohol content. Most important, Huss wanted the beer to be uniquely identifiable as an Arizona beer thanks to a variety of hops, Citra, Amarillo, and Simcoe that provide a juicy, yet dry tropical fruit flavor with great bitterness for a truly balanced and enjoyable IPA!