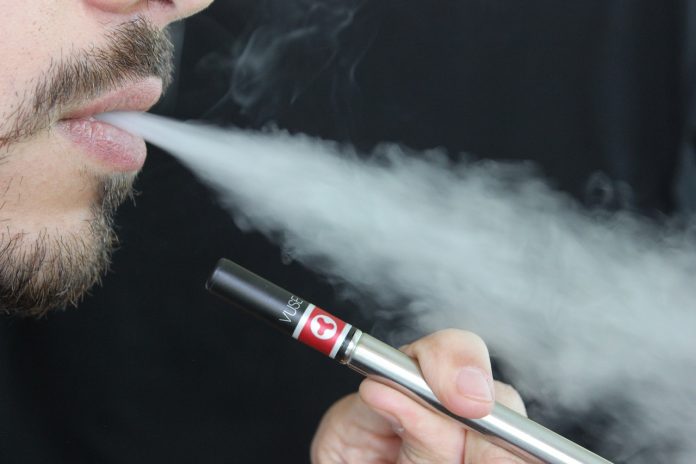 Vaping is not a safe alternative to smoking cigarettes nor marijuana. As much research still needs to be done, it would be premature to discuss the why, but the facts are, that as of March, more than 2,800 lung illnesses related to vaping have occurred in the U.S., with 68 reported deaths. Most of the issues that resulted in hospital stays were from street vapes bought from dealers, and the vast majority of users are men in their teens and 20s.

In Arizona, cigarette use is declining, but vape use is more popular than ever and continues to be a growing health concern, especially among youth. Here are some facts and figures, as well as ways to combat the growing issue among Arizona youth.

In addition to the health issues, there are also problems in the AZ distribution world, as vape sales to minors are increasing with the vape consumption curve. The AZ Attorney General’s Tobacco Enforcement Unit is utilizing undercover “teenagers” in attempts to find which distributors are lax in their identification processes. In 2019, alone, 15% of retailers have been caught selling vape products to minors.

The flavoring of vapes has been the “upper hand” for tobacco industries who were losing the fight against anti-smoking campaigns back when cigarette use was high and vaping wasn’t even heard of. Incorrectly labeling their vape products as smoking cessation devices has been a key metric in the rise of vape users.

Law enforcement in Arizona has been stepping up to combat the issue, but there are plenty of things you can do, as well.

Poor health literacy impacts vulnerable populations, the worst, so whether you’re a parent, a peer, a teacher, or just someone with a social media account, spreading awareness about the dangers of vaping can legitimately save lives, especially if you’re able to reach children and teens.

Research dictates that a large majority of teens are not told (or at least do not understand) how nicotine addiction works. Arizona’s Facts over Flavor campaign touches on a lot of the issues of vaping, but a big point is the undertaught facts about nicotine addiction and its long-term effects.

Going back to the flavoring, it’s also important to tell kids that good taste doesn’t mean good for you. It is simply a mask the tobacco companies are using to disguise the fact that the vape smoke is every bit as harmful and disgusting as the smoke in their cigarette counterparts.

If you have your own children, there is a good chance you have an even higher interest in preventing addiction in youngsters, most importantly your own. The first step is educating yourself, and some of the resources mentioned above are just as good for non-vapers as they are for vapers. The Arizona Department of Health Services offers nice guidelines for talking to your kids about vaping.

For kids who were already in high school during the start of the vaping craze, it was pretty much impossible to start warning them at a young age about the dangers of vaping. Successful anti-cigarette campaigns state that starting talks with your children as early as 5 or 6 when they see someone smoking is a good place to start, noting that it’s never too early. Following suit with vape talks is recommended now, as well.

If you’re child already vapes, experts suggest positive reinforcement, as smoking and vaping are often linked to rebellion against strictness. Ask them why they do it, softly share your concerns, let them know you want to help, and utilize the self-education you gathered to help them help themselves and quit.

Prepare for What’s Next

Just as the tobacco industry turned to vaping as their numbers went down, they will surely do the same when vaping starts to decrease. If you have very young children, or are planning on starting a family, stay ahead of the curve. If it looks like a cig and addicts like a cig, it’s probably a cig! The simple answer to “Is vaping safe?” is a hard, “No,” and whatever is next won’t be safe either. Encourage all of the things mentioned above to anything you’re wary about, and help keep the numbers of the next nicotine epidemic down in Arizona.