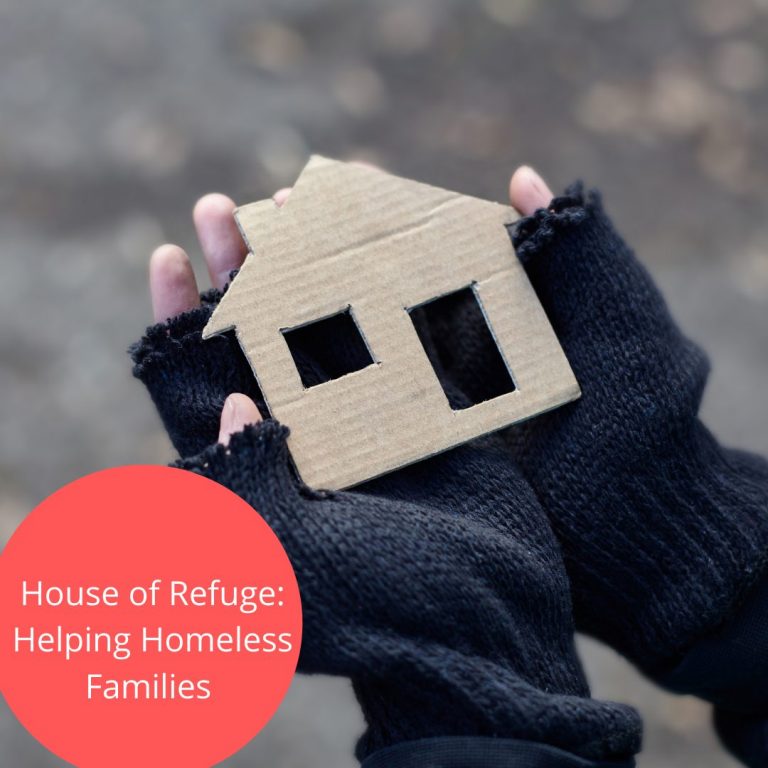 For the past 24 years, the House of Refuge has helped thousands of Arizona families by providing transitional housing and a supportive community, Marketing Coordinator Krista Cardona said.

House of Refuge began as Williams Airforce Base. After the U.S Department of Health and Human Services decommissioned it, 88 former military homes became part of what is now the program’s transitional housing.

The House of Refuge founding fathers saw the need for a homeless program for families, explained Cardona.

“When you look at the continuum of care for servicing people who are homeless you have the immediate shelters… but they realized that there was nothing for those people who were ready to be out on their own again but not quite ready.”

The program offers “that extra half step” for families that want to be self-sufficient through their year long transitional housing program, Cordona said.

However, the program is not open to everyone Cordona said. People who apply must reach certain criteria.

“Once you move here you still have to get a job within a certain number of months. So there is a work component to being here…you have to be a family. You have to have someone under the age of 18 under your care. Sometimes grandma’s have their grandkids as part of their family.”

House of Refuge provides resources to a variety of families.

Former House of Refuge member, John Peters is a Nebraska native. He described his life as being simple. He attends church, raises his kids and works with children who have special needs.

In 2017 his life was more complicated. Peters explained he would drift from job to job while dealing with a divorce.

“I felt like I hit rock bottom,” Peters said, “I needed a place to go and a fresh start…[I had] no family, nobody to really stay with, my finances weren’t that great. I needed a solid place to live.”

That place was the House of Refuge. Peters and his, then three-year-old, son were accepted not just into the program but into a community.

“I felt a sense of community there. I felt the House of Refuge Staff and volunteers were a big family. It made me feel more in a community…You would get home and you would see people out in the yards playing. It was nice”

Though House of Refuge provides services for a variety of families, Peters acknowledged that most of the services available were geared towards single moms.

“I wouldn’t say it was well rounded, it was [being] more geared towards women, you know single moms, which is understandable, and then to have single dads come into the picture there to [and] by me being there kind of made them see maybe this could work for single dads ,too.”

Peters is currently planning on earning his teaching degree and aspires to be a P.E. teacher.