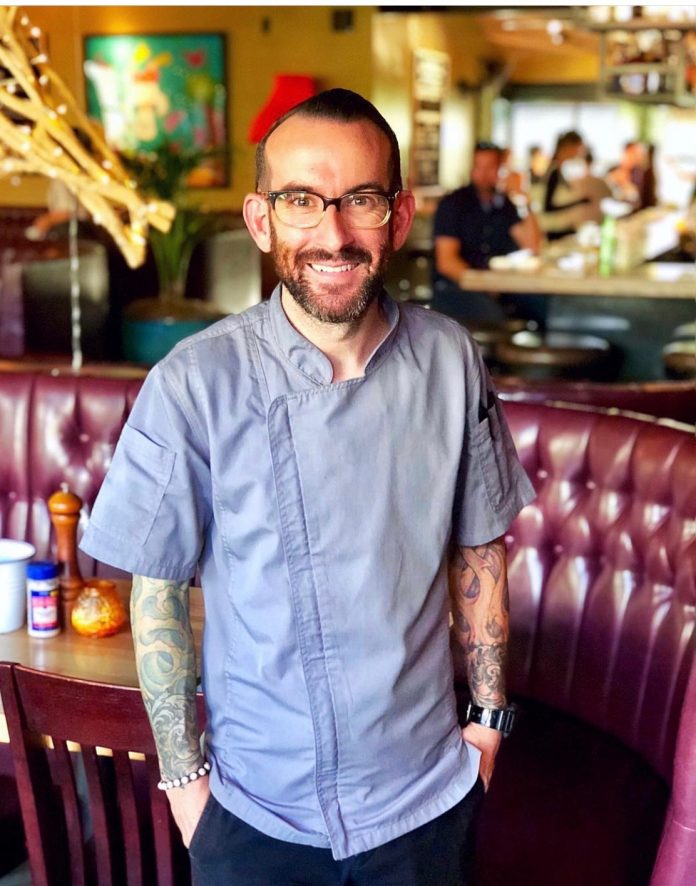 “As a longtime Valley resident with deep ties to the culinary community, it is an incredibly exciting opportunity to join Julian Wright and the Fork & Dagger Hospitality team as they continue to grow their influence on Arizona’s food and beverage landscape,” Porter said. “I am looking forward to being a part of the already award-winning team at Pedal Haus Brewery as well as all future concepts within the hospitality group.”

Porter began his career attending the Art Institute of Phoenix on a full scholarship more than two decades ago and has gone on to work for several of the Valley’s most iconic restaurants, including Vincent’s on Camelback, Fiamma at the James Hotel and Michael’s at the Citadel.

Porter has also shown an impressive track record for opening new concepts. He was instrumental in the opening of La Grande Orange Grocery in Arcadia, Olive and Ivy in Scottsdale, and his own highly successful restaurant, Clever Koi, in 2013, which now boasts two locations. Most recently, he served as the executive chef at Buck & Rider, then as general manager for LGO Group, where he drove the hospitality group’s revenue to its highest point in the company’s history.

“We are honored to have Jared bring his extensive culinary expertise to our hospitality group to further enhance our restaurants’ menus and culinary experience,” said Fork & Dagger founder and CEO Julian Wright. “His depth of knowledge has already proved invaluable and we are thrilled to have him join our team as we continue to bring more great restaurants to the Valley.”

Fork & Dagger Hospitality has enjoyed a highly successful year with expansion of its award-winning Pedal Haus Brewery concept, which opened its second location in Chandler in February, and will open its third location in Phoenix in early 2021.

Pedal Haus has been gaining notoriety in the local craft beer scene since 2015 when it opened its location in downtown Tempe. Since then, the popular brewery has won over 32 medals and awards including a gold medal at the Great American Beer Festival in 2018 and Best Brewery in the United States at the 2019 Copa Cerveza de Americas. Brew Master Derek Osborne manages the beer lineup at all locations.