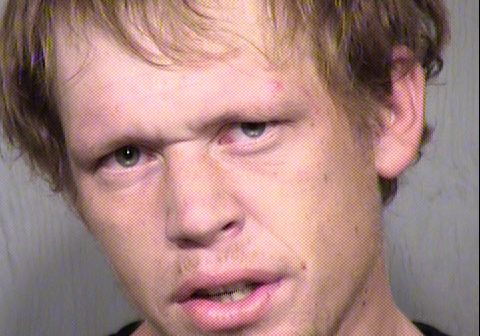 A thief was stopped in his tracks earlier this month thanks to the quick thinking of an observant onlooker.

According to Phoenix Police, the incident occured on December 12 at the Walmart located near I-17 and Dunlap Avenue. A man, later identified as 26-year-old Everett Garland Hetzel was captured on video surveillance concealing items as he shopped.

Hetzel reportedly snatched a battery charger and drone replacement blades before walking out of the store. He was quickly confronted by a uniformed Phoenix Police officer, who attempted to detain him when he ran back inside the Walmart.

Officials say Hetzel fell near a checkout lane and the officer attempted to arrest him. A struggle ensued for several minutes, with Hetzel eventually gaining the upper hand by flipping the officer over. Police say Hetzel got on top of her and tried to grab the officer’s gun. That’s where a civilian shopper came in, pulling Hetzel off the officer and restraining him until he could be arrested and taken into custody.

For more information, please visit the official website of the Phoenix Police Department.