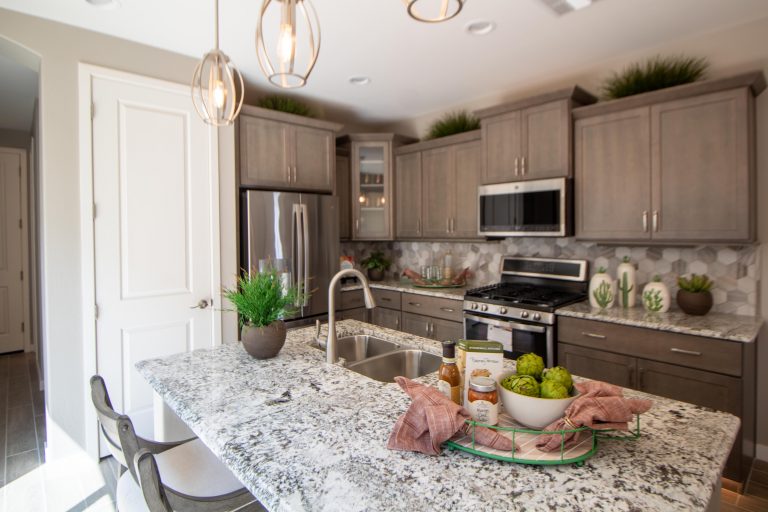 Fulton Homes, Arizona’s largest family-owned and -operated homebuilder, was recognized in 2020 by the U.S. Environmental Protection Agency (EPA) as the recipient of three top homebuilder awards: the 2020 Indoor airPLUS Leader of the Year – Builder; the 2020 ENERGY STAR® Partner of the Year – Sustained Excellence Award; and the 2020 WaterSense Builder Partner of the Year. These accolades recognize the absolute pinnacle of homebuilding in the name of health and efficiency. However, receiving awards is not what drives the effort.

Large-scale homebuilders, both national and regional, must adhere to the restrictions or standards of multiple municipalities and governing organizations; however, the three programs listed above (Indoor airPLUS, ENERGY STAR and WaterSense) and the degree to which a builder tries to incorporate at least some criteria of those programs them is optional. The three programs require heavy investments from the financial side and dedication/hours from the human side.

“We originally invested in the compliance as a way to distinguish ourselves from the competition in the local market,” said Dennis Webb, Fulton Homes’ vice president of operations. “And as we continued to invest, the benefits and the opportunities to be a leader in building healthy homes on a national scale presented themselves.”

Fulton Homes saw that energy efficiency and a general effort to reduce waste, although not a common practice in the construction industry, was the future.

“The trades and vendors were the group that became the most appreciative to work with us, as we were helping their businesses achieve higher standards, on large scales and prepare for what would inevitably be the standard,” added Webb.

Webb’s involvement with the Energy & Environmental Building Alliance (EEBA), a community of thought leaders and early adopters from all facets of the homebuilding industry that strives to help each other build resource-efficient, healthy and resilient homes, has only fortified Fulton Homes’ position of building healthy homes.

“Construction can be hard on the environment, but under the principles of EEBA— subsequently adopted by Fulton Homes—we do see building mindfully as a form of giving back to the community,” Webb explained. “A healthier home reduces the consumption of resources and is more energy efficient as it operates once occupants take hold.”

In October, the company was honored with the 2020 Indoor airPLUS Leader of the Year – Builder award. It is the second time in the three years since the award’s inception that Fulton Homes has been honored with the distinction (2018 & 2020). The award honors the practice of going above and beyond to minimize exposure to airborne pollutants and to increase overall indoor air quality in homes.

The EPA’s WaterSense and ENERGY STAR programs recognize both water conservation in construction and the highest level of energy efficiency, respectively.

Speaking to the current state of conservation, Webb added, “Compared to others, homebuilding has a long has a long way to go; however, our goal as a company, and my personal goal, is to leave the industry better than I found it 25 years ago.”