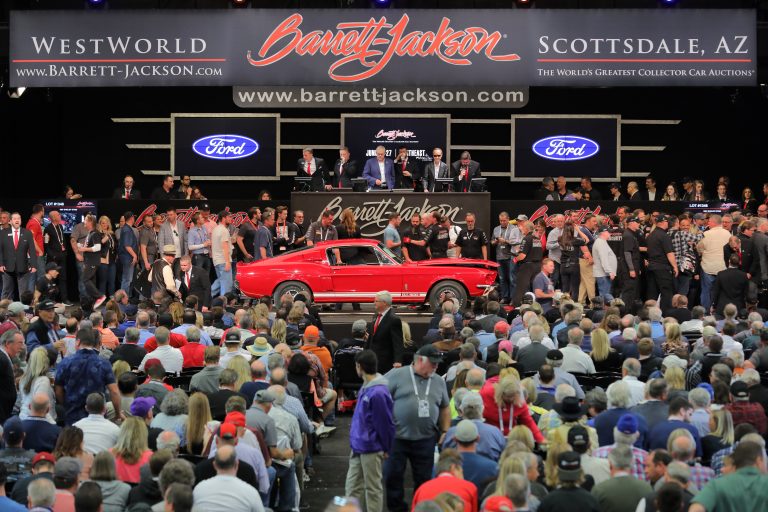 In a little less than two months FuelFest arrives in Chandler, Ariz. Automotive fans can expect an incredible experience filled with appearances by Fast and Furious franchise stars Cody Walker and Tyrese Gibson, live music, entertainment, celebrity sightings and drifting and drag racing all day. Just announced: Barrett-Jackson, the World’s Greatest Collector Car Auctions, signed on as a sponsor with FuelFest to introduce the Barrett-Jackson VIP Lounge. This VIP experience will feature a special showcase of actual consignment cars that will cross the auction block at Barrett-Jackson’s 2022 Scottsdale Auction, exclusively for those ticket holders. Patrons in the VIP lounge will receive complimentary food, drinks, swag and a chance to bid on a collection of Cody and Tyrese’s favorite past FuelFest images, signed by them.

This is the inaugural event for Arizona and it’s taking place at Wild Horse Pass Motorsports Park on Saturday, December 4, in Chandler. With  previous shows in L.A. and London, UK. FuelFest is in its third year. Ticket holders will be able to get up-close-and-personal with some of FuelFest’s “Best of the Best” cars at the Meguiar’s Premium section including well-known vehicles from the Fast and Furious movies.

The FuelFest festival stage will be packed with live musical performances and guests. There will also be a live-action drift course that runs the entire length of the venue. Spectators will have the chance to do ride-a-longs with top local drifters Matt Soppa, Matt Haugen, Radford Racing School and more. Fans can also enjoy live drag racing all day down the ¼ mile NHRA drag strip. FuelFest is hosted by popular Formula Drift driver Corey Hosford and NadsyNads of The Hoonigans. There will be plenty of giveaways, movie trivia, toss and grabs, signed FuelFest swag and more from the stage.

Guests can walk the sprawling event space with dozens of vendors set up with demos including live vehicle wraps by WrapSeshAZ, on site walk throughs with RIGHT Honda with its limited edition 2021 Civic Type R and the Reparto Veloce booth where you can sit on one of its signature superbikes. The Radford Racing School will also be bringing out their F4 race cars to do demos and show up close. The family-friendly event will even have a special Kid-Zone throughout the day.

A portion of the proceeds of FuelFest benefits Reach Out WorldWide (ROWW), the non-profit founded by Paul Walker. The organization was founded in 2010 by the late actor/producer after a massive earthquake devastated Haiti and Walker was inspired to organize a relief team that responded to the disaster. ROWW’s mission is to fill the gap between the availability of skilled resources in post-disaster situations. In celebration of ROWW reaching 11 countries in 11 years, from now through the end of October, the organization is offering anyone the chance to purchase raffle tickets to win an all-expense paid VIP trip to the 2021 Phoenix FuelFest event on December 4. Every dollar donated counts as an entry (minimum $20 donation). More details can be found here.

Gila River Hotel & Casino is the official hotel partner for FuelFest fans and guests can receive special room rates with no resort fees by calling 520-796-4900 and mentioning FuelFest when booking rooms. This year, ClassicCars.com is also an official sponsor of FuelFest.

Gates for the event are open to the public from 10 a.m. to 4 p.m. on December 4. Event information, car registration and tickets can be found at www.FuelFest.com, as well as on social media channels, including Facebook, Instagram and Twitter. Wild Horse Pass Motorsports Park is located at 20000 S. Maricopa Road in Chandler.