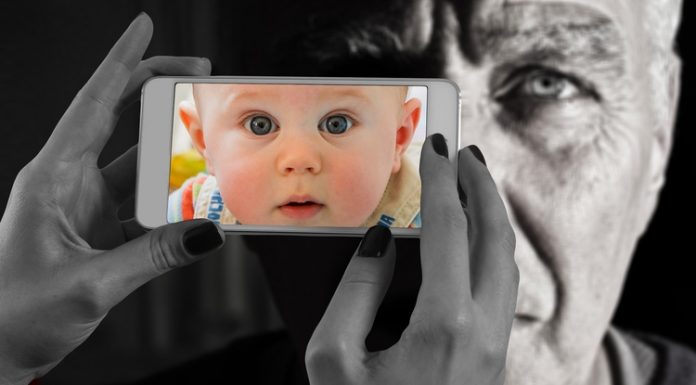 Aging is a natural part of life, but that hasn’t stopped people from embarking on efforts to stop the process.

Unfortunately, perhaps, those attempts are futile, according to University of Arizona researchers who have proved that it’s mathematically impossible to halt aging in multicellular organisms like humans.

Masel and UA postdoctoral researcher Paul Nelson outline their findings on math and aging in a new study titled “Intercellular Competition and Inevitability of Multicellular Aging,” published in the current issue of Proceedings of the National Academy of Sciences.

Current understanding of the evolution of aging leaves open the possibility that aging could be stopped if only science could figure out a way to make selection between organisms perfect. One way to do that might be to use competition between cells to eliminate poorly functioning “sluggish” cells linked to aging, while keeping other cells intact.

However, the solution isn’t that simple, Masel and Nelson say.

Two things happen to the body on a cellular level as it ages, Nelson explains. One is that cells slow down and start to lose function, like when your hair cells, for example, stop making pigment. The other thing that happens is that some cells crank up their growth rate, which can cause cancer cells to form. As we get older, we all tend, at some point, to develop cancer cells in the body, even if they’re not causing symptoms, the researchers say.

Masel and Nelson found that even if natural selection were perfect, aging would still occur, since cancer cells tend to cheat when cells compete.

“As you age, most of your cells are ratcheting down and losing function, and they stop growing, as well,” said Nelson, lead author of the study. “But some of your cells are growing like crazy. What we show is that this forms a double bind — a catch-22. If you get rid of those poorly functioning, sluggish cells, then that allows cancer cells to proliferate, and if you get rid of, or slow down, those cancer cells, then that allows sluggish cells to accumulate. So you’re stuck between allowing these sluggish cells to accumulate or allowing cancer cells to proliferate, and if you do one you can’t do the other. You can’t do them both at the same time.”

Although human mortality is an undisputed fact of life, the researchers’ work presents a mathematical equation that expresses why aging is an “incontrovertible truth” and “an intrinsic property of being multicellular,” Nelson said.

“It’s no surprise that we’re all going to die; lots of things are obvious because they’re so familiar to us, but really, why is it that we age? We start to explain why,” said Masel, who also teaches in the UA’s Graduate Interdisciplinary Program in Applied Mathematics.

“People have looked at why aging happens, from the perspective of ‘why hasn’t natural selection stopped aging yet?’ That’s the question they ask, and implicitly in that is the idea that such a thing as non-aging is possible, so why haven’t we evolved it? We’re saying it’s not just a question of evolution not doing it; it can’t be done by natural selection or by anything else,” Masel said.

In the end, things just break over time and — according to the math — trying to fix them can make things worse.

“You might be able to slow down aging but you can’t stop it,” Masel said. “We have a mathematical demonstration of why it’s impossible to fix both problems. You can fix one problem but you’re stuck with the other one. Things will get worse over time, in one of these two ways or both: Either all of your cells will continue to get more sluggish, or you’ll get cancer. And the basic reason is that things break. It doesn’t matter how much you try and stop them from breaking, you can’t.”

As Nelson says: “It’s just something you have to deal with if you want to be a multicellular organism.”

Nelson’s and Masel’s work was supported by the National Institutes for Health and the John Templeton Foundation.