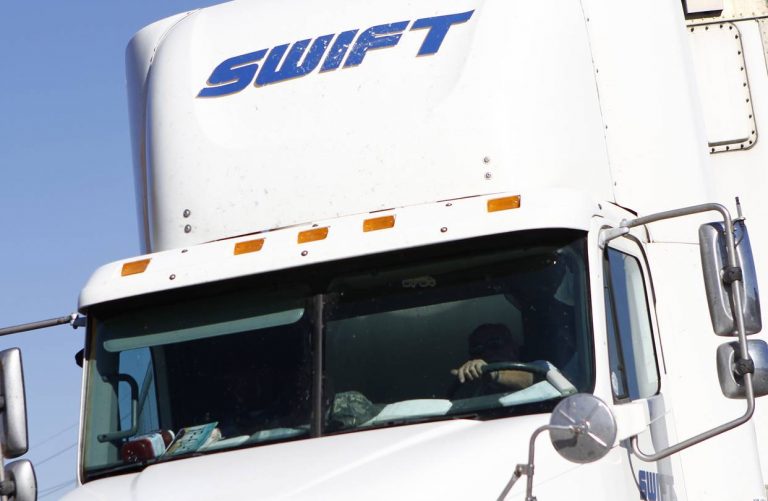 A former IT employee of Swift Trsnaportation was sentenced to 57 months in prison on charges of wire fraud, mail fraud, money laundering and tax evasion on Wednesday.

David Dwight Reynolds, who used worked for the Phoenix-based Swift as a network engineer, pleaded guilty to felony charges of alleged scams that he embezzled millions of dollars from the company over the course of three years. On Wednesday, June 6, 2018, Judge James A. Teilborg sentenced Reynold’s to “the bureau of prisons for 57 months.”

In addition to his prison sentence, Reynolds is also required to pay approximately $2.2 million dollars in restitution. Reynolds is to self-surrender to the United States Marshall by July 14, 2018. During the sentencing, Reynolds lawyer, Joey Hamby, asked the court take two counts off the offenses due to lack of complexity to commit the crime, stating, “This is a normal run of the mill type of event in the business world today, this is not a sophisticated offense.” Reynolds used company credit cards to make personal purchases and created a fake company which was used to bill hundreds of thousands of dollars in invoices from work done by real contractors. With these offenses, U.S attorney Kevin Rapp argued, ” It wasn’t a shell company since it was set up with  other employees, they never did anything with it they just funneled money into it, one should think of his activity quite sophisticated.”

Reynolds took full responsibility for his actions in his closing statement, noting, “I want to make it right, I apologize to my family, collogues and my employer.” Reynolds stated that he didn’t know if it would ever be possible for him to repay what he is asked to but, “will try.” Tears ran down the faces of Mr. Reynolds’ family while his wife, mother, and sister gave statements. They spoke to David’s character and explained how losing David to prison would hurt their family. Reynolds wife, Danielle, spoke about their 4-year-old son and baby daughter, adding, “When David leaves the house our son constantly asks where his dad is, please don’t make me tell him that his dad isn’t coming home.”

Judge Teilborg acknowledged the hardships Mr. Reynolds family would face but added, “This is a criminal 3 to 4 –year scheme that you embarked upon, something is missing in your moral character.” Teilborg did not grant the request for probation instead of prison from the defense or family members in hopes of deterring Mr. Reynolds from repeating this offense as well as sending a message to others that this is not acceptable.