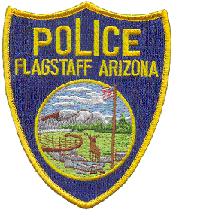 A veteran of the force will serve the people of Flagstaff as Interim Police Chief.

Musselman has a long, decorate career with the department, having joined the team in 1995. A recipient of the Duncan Memorial Award, he graduated from the Arizona Law Officers Training Academy before becoming a patrol officer. He was then promoted to corporal/detective, a role in which he has been recognized twice with the Flagstaff City Managers Excellence Award for his part in bringing homicide suspects to justice.

Musselman has also received the Exchange Club Officer of the Year Award, and he has been a member of the Tactical Operations Team for eight years. He also finished a term in the Professional Standards Office, and has received two major promotions: first to lieutenant in 2007 and then to deputy chief in 2012.

Musselman earned his Bachelor’s Degree in Criminal Justice and Master’s Degree in Public Administration from Northern Arizona University, and he is also a graduate of the FBI National Academy.

For more information, please visit the official website of the Flagstaff Police Department.