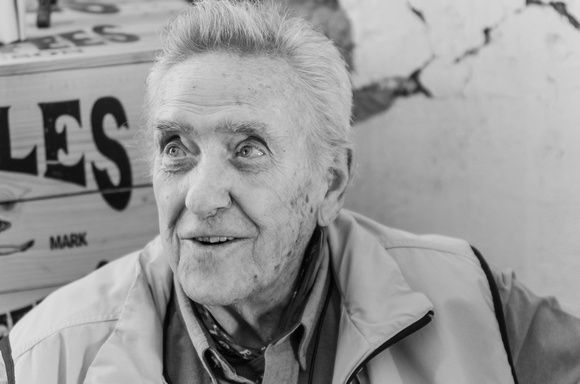 The Tucson community is mourning the loss of a local legend.

Bob Shelton, the founder of Old Tucson Studios and a staunch supporter of southern Arizona’s film industry, passed away this Thursday, December 15. He was 95 years old.

A pioneer in Arizona’s film industry, Shelton while he was passionate about the Southwest, was not actually a native. He was born and raised in Kansas City before moving to Tucson in 1959 in search of the prime location for an ‘old west’ tourist attraction.

Shelton found the perfect place when he visited the Old Tucson film set, and he soon formed the Old Tucson Company, investing his own money into the property and operating the studio until 1985.

His creation has served as a popular tourist attraction for decades, offering locals and tourists alike a glimpse of the region’s western film legacy and unique culture. During his time there, it became such a popular attraction that it ranked second in Arizona, behind only the Grand Canyon. Shelton, a friendly, personable man, established friendships with John Wayne, Elizabeth Taylor, Gene Wilder and other notable film stars and moviemakers, enticing them to film their movies in the stunning landscape surrounding Tucson.

Shelton was awarded the David J. Nivison Award for Excellence in Tourism by the Southern Arizona Attractions Alliance in 2015.

Old Tucson shared the following announcement on its website:

It is with a heavy heart that we announce the passing of Robert Shelton on Dec. 15, 2016.

Bob was the founder of Old Tucson Studios and devoted to the preservation of our region’s western film legacy. He was just at Old Tucson Dec. 3rd to celebrate the second annual Bob Shelton Day.

From all of us at Old Tucson, present and past, we offer our prayers and blessings to Bob’s family.

If you visit the park this weekend, you will notice we’ve draped several areas in black and white bunting to honor, Bob, including the Bob Shelton Museum and other areas.

If you want to learn more, visit the museum, or ask one of our historians to share Bob wonderful storied past.