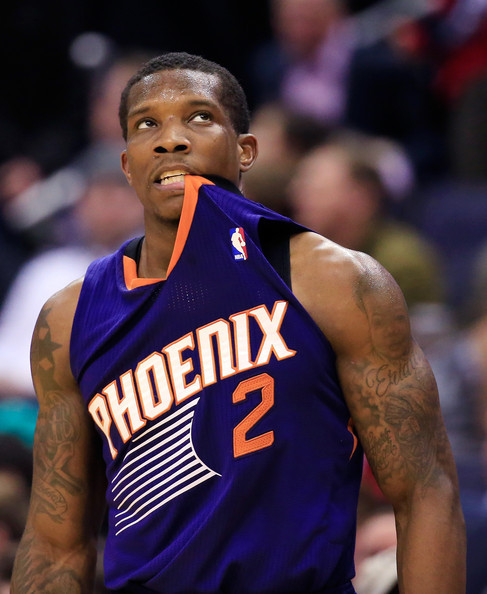 The Phoenix Suns roster will likely have a drastically different look in the coming weeks after second-leading scorer on the team Eric Bledsoe sent out a cryptic tweet that many took as a trade demand. Bledsoe tweeted simply, “I don’t wanna be here.”

This tweet prompted a meeting between Suns management and Bledsoe on Monday at shoot around ahead of their match-up against the Sacramento Kings; it was at this meeting that Suns GM Ryan McDonough thought it was in the best interest of both parties to send Bledsoe home while the Suns look into trade options, according to ESPN’s Adrian Wojnarowski.

According to ABC 15 Sports, McDonough was asked about the context of the controversial tweet, McDonough stated, “He (Bledsoe) said he was at a hair salon…I didn’t believe that to be true. He won’t be with us going forward.”

There is growing speculation around the NBA now that the Suns are willing to trade Bledsoe for less than market value as they are already in a re-building mode and at this point a chance of reconciliation between the Suns and Bledsoe seems nearly impossible.

The first week of the NBA season has been an unmitigated disaster for the Phoenix Suns as they fired head coach Earl Watson after compiling an abysmal record of just 33-85 in his tenure after taking over as interim head coach in 2016.

Newly named interim head coach Jay Triano will certainly have his hands full as he looks to right the ship and take over a locker room that is in shambles. While it is a long season, the Suns have not shown much life save for a few bright spots from the likes of Booker and Bledsoe. Triano will first have to find a way to combat the negative culture of losing and bring his own energy to the Suns if they have any hopes of turning this young season around.