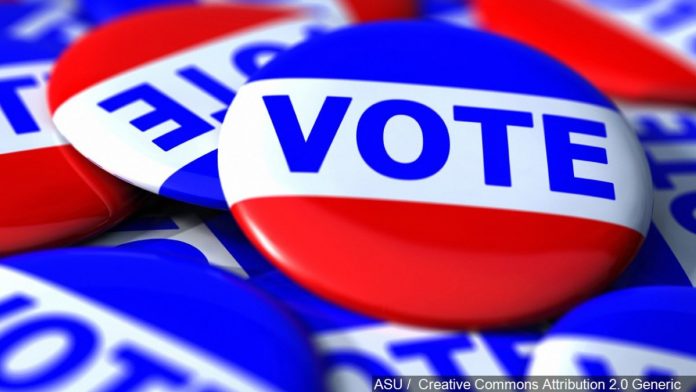 According to newly released election research, the number of registered young voters is on the rise in Arizona, following a similar trend around the country.

TargetSmart, a progressive data firm that focuses on politics and elections, completed a study of voter registration in the months following the tragic mass shooting at Stoneman Douglas High School in Parkland, Florida on February 14. The firm found that Arizona saw an 8.2 percent climb.

Experts point to several reasons for this increase, including the work of groups like March for Our Lives, which works to get young, marginalized and immigrant people registered to vote. One Arizona is another example. According to its mission statement, they strive to better “the lives of Latinos, young people, and single women by building a culture of civic participation.” Many volunteers can be seen out and about, canvassing college campuses and public areas, asking people if they are registered to vote yet.

Getting someone to sign a voting registration form is a huge accomplishment for these volunteers and advocates, especially considering today’s political climate. Some constituents say they aren’t interested because they believe the system is rigged or their voice won’t make a difference in the long run.

Advocates hope that, as the number of registered voters continue to rise, more people actually turn out to vote. A mere 29 percent, or 989,000 of the 3.4 million of the state’s registered voters, took part in the 2016 primary, with Republican turnout nearly twice as much as that of Democrats. The general election saw more turn out, with 74 percent of registered voters casting a ballot.

In Arizona, voting advocates are pushing for more activity at the polls from those under 30 and the state’s Hispanic population, which is slightly over 31 percent. More than half of the state’s population is white, and it’s the older white residents that show up to the polls in large numbers.

The goal is for more of these eligible voters to be registered to vote for upcoming elections.

For more information, please visit the official page of One Arizona.