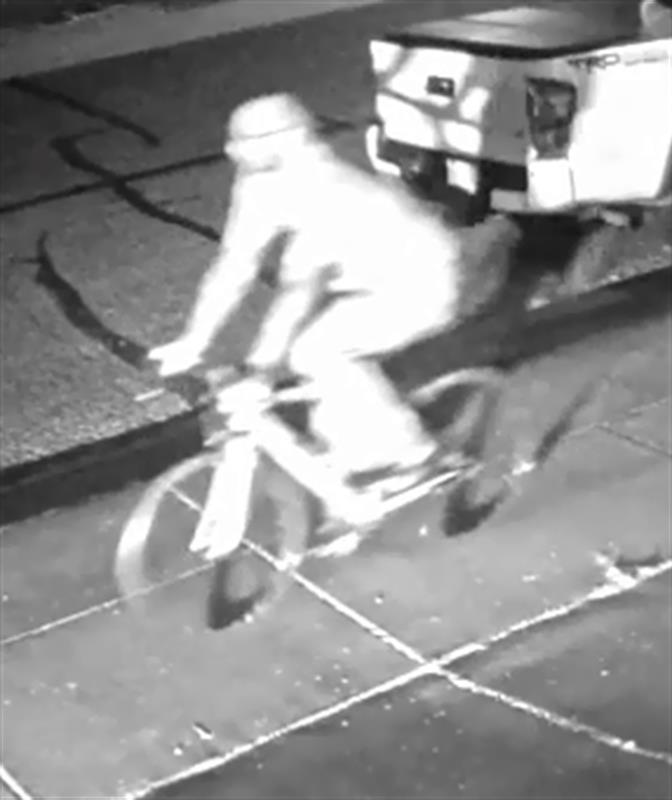 Pima County Sheriff’s Detectives are investigating a bike theft earlier this summer and asking for the public’s help in identifying and locating the suspect.

The incident occurred on Thursday, June 15. According to the Sheriff’s Department, At approximately 5:00 a.m., deputies responded to the 6500 block of North Shadow Run Drive for a report of a theft. Upon their arrival, they learned a bicycle and other valuables had been stolen from the victim’s garage sometime during the night. The stolen bicycle is a Scott CR1 road bike: white in color with black trim, saddle bags and two bottle holders.

Surveillance video obtained in the investigation shows a man walking past the residence several times before riding off with the bicycle. The suspect is described as a caucasian man with a medium build and short hair, possibly balding. He has a beard and sleeve tattoos on his arms, and was last seen wearing glasses, light-colored t-shirt and pants, and dark-colored shoes.

Pima County Sheriff’s Department detectives are asking anyone with information about the incident, or the suspect’s identity or whereabouts, to call 9-1-1 or submit an anonymous tip, with the potential for a reward, by text, phone, or by going to 88CRIME.org.