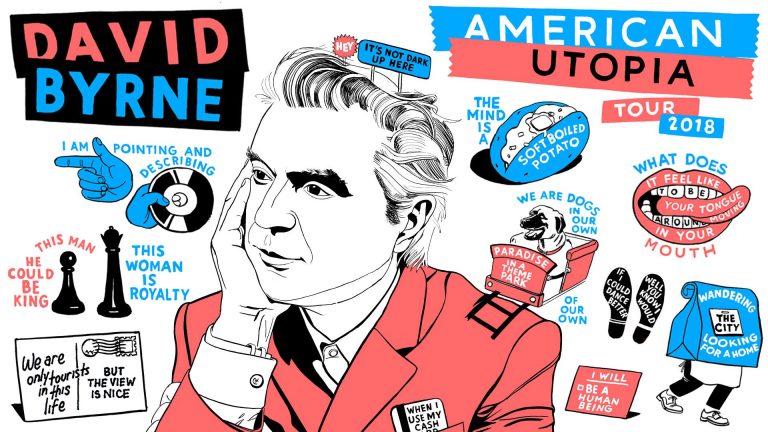 Don’t miss out on your chance to see David Byrne!

The Scottish-American musician and founding member of new wave band Talking Heads will perform in Tucson on Sunday, April 15. Byrne will bring his American Utopia World Tour to Centennial Hall for an evening of incredible entertainment.

As a talented multi-instrumentalist with a distinctive voice, Byrne has captivated audiences for more than four decades. After parting ways with Talking Heads in 1991, he went on to make his own solo recordings, with other works spanning photography, film, opera, fiction and non-fiction. His contributions to the world of music and performing arts have earned him Oscar, Grammy and Golden Globe awards, as well as a spot in the Rock and Roll Hall of Fame.

As part of his tour stop in Tucson, Byrne will perform songs from his recently released new album, as well as classics from his colorful career. According to the official event Facebook page, “We’ll be doing some new songs… and many others that will, I assume, be familiar. I’m excited. This is the most ambitious show I’ve done since the shows that were filmed for ‘Stop Making Sense,’ so fingers crossed.”

Tickets are still available for the 7:30 pm show, and all online ticket purchases will include a copy of his new CD. For more details, please visit the official website here: davidbyrne.com/explore/american-utopia/tour