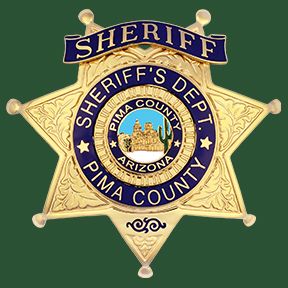 A federal appeals court upheld a jury’s decision to award a Tucson couple more than $1 million in damages after they were wrongfully detained by Pima County Sheriff’s Department deputies.

In April 2016, a U.S. District Court jury ordered the Sheriff’s Department to pay $1.25 million in damages and more than $200,000 in legal fees to Rob and Jill Larson of Tucson. The jury found that deputies violated the couple’s constitutional rights during a raid executed after a fake 911 call. The most recent ruling affirmed the jury’s decision.

The lawsuit is a result of an incident on May 23, 2013, when the Sheriff’s Department received a 911 call from a male reporting a dispute with gunfire across the street from his house.

The Larsons were awakened by officers “banging and screaming” at their door, and when they answered, the couple were handcuffed and escorted to a squad car outside their home. Deputies started searching the home but stopped after the 911 caller approached and informed them they had the wrong home. While deputies moved their focus to a nearby house, the Larsons were detained during the search. They found no evidence in the second home, and the raid was ultimately halted when deputies searched a database of emergency calls and discovered the caller had made multiple false reports in the past, with many contacts with law enforcement.

Two weeks prior to the incident, deputies had taken the caller, identified as William Warfe Jr., to a mental health crisis center. He had a record of baseless 911 calls. All of the department’s interactions with Warfe were entered into the department database.

During the trial, the Larsons were able to prove that the proper procedure for the Sheriff’s Department is to check the database of 911 callers’ previous calls on the way to the scene, and although there were at least two sergeants together on the way to the Larson home, no check was made.

The Sheriff’s Department has said they are discussing the incident for the future to ensure the safety and security of all involved. On that night in 2013, deputies believed they were entering a domestic violence situation involving gunfire.

Eva and Amber Jackson, who live in the second home, are also pursuing a lawsuit against the Sheriff’s Department in federal court, saying they were arrested, questioned at gunpoint and humiliated by six deputies. They are seeking $5 million in damages.