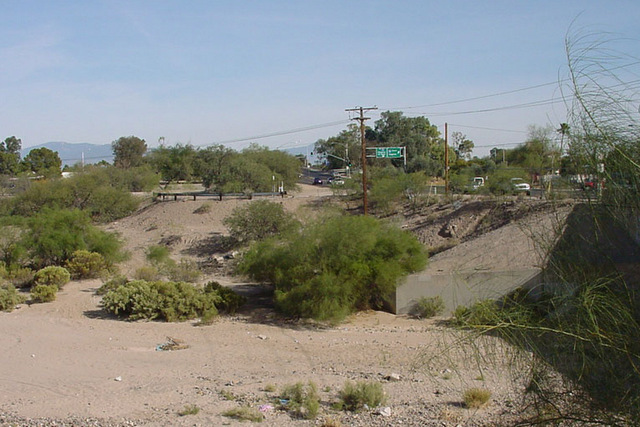 Pima County officials have confirmed that some fish died when they were stranded after a flow diversion in the Santa Cruz River.

According to a news release, the diversion, which was required for the bridge construction on Ina Road,  moved the flow from the west bank of the river to the east bank, “resulting in the death of some fish.” The fish were caught in pools as the water levels lowered.

The release described the death of the fish as unfortunate, but difficult to avoid as there is no practical way to remove these non-native fish. Amphibians were also affected by the channel change, but not as severely as the fish.

The release pointed out that the presence of aquatic life is the result of improvements to two wastewater plants along the river. Before 2013, the effluent was too concentrated to support fish and amphibians in the area.

The release also says that county biologists estimate that the number of fish harmed by the diversion is a small percentage of the fish in the river.

The Ina Road Project began in January and is expected to continue through next year. After the bridge is completed, there will be new access ramps to Ina Road, Loop trail underpasses on each side of the river, and new bike lanes and sidewalks along the road for cyclists and pedestrians.